24mx is not liable for price changes, typo’s or changed availablitly of products in the ad

THE SEASON SO FAR

THE FUTURE OF CHAMBERS

PLEASE WORK WITH THE ORGANISERS AND NOT ATTEMPT TO APPROACH THE SITE PRIOR TO 12.00PM ON

THE FRIDAY AS DUE TO LICENSING REGULATIONS THEY ARE UNABLE TO OPEN THE SITE UNTIL 12.00PM

spectator Camping can be purchased online for £10.00

Do You Allow Dogs? Yes on a lead at all times

Do You Have Water Facilities? No

Do You Have Wash Bay Facilities? No

for great racing ensuring the competitor’s handling and positioning

skills are tested around the engulfing sands of FatCat Moto Parc.

The track is complemented with good viewing areas for spectators.

It’s sure to be a round you don’t want to miss out on.

The ACU British Motocross Championship last headed to the venue

Championship and earlier in the year the opening round of the

anyone who is interested in motorsport but also those who are looking for a family day out. During your

Clerk of the Course: TBC

Great Danger, all riders to stop.

Course is clear, ready to start.

Rider is going to be lapped.

Finished, end of the race.

FatCat sees the return of the 65cc class. We haven’t seen the 65s since RD1 at Culham so they will be eager to get

back to British Championship racing. Marty Spires leads the Championship on 129 points after taking the overall

at the opening round, he will be looking for a repeat of that performance this time out. Casey Lister is second in

the Championship on 120 points, 9 back from Spires, and will be looking to reduce the deficit. Leo Wilson is the

rider who sits 3rd in the series on 116 points just 2 ahead of Harley Marczak who sits 4th.

raring to go as they have not been with us since RD2 at Foxhill. The rocket

Robbie Daly has been very dominant in the opening rounds and through this,

leads the Championship on 215 points. Hayden Statt is second in the series on

192 points just 2 in front of Alfie Geddes Green who sits 3rd. Green is only 1

point clear of Blake Ward Clarke in 4th on 189 points. As you can see, only 3

for some exciting racing at FatCat.

far, this class has been under the control of GRT Impact KTM rider Billy

Askew. Askew leads the Championship on 402 points. Jake Walker is 2nd in

the series, 25 points behind Askew and will be looking to reduce the deficit

at FatCat. Josh Vail is the man that sits 3rd in the series on 362 points, just

15 back from Walker, and has been showing a lot of speed in recent rounds,

he will be one to watch as he tries to close the gap in the Championship.

Charlie Richmond sits 4th in the series on 333 points.

Parc in Doncaster organised by 90 Racing. FatCat is a sand-based circuit and its technical layout and sandy

terrain usually create plenty of lines for great racing. The track historically gets very rough as most sand tracks

do and this will ensure the competitor’s skills and fitness are tested throughout the entire lap. The track is

complemented with good viewing areas for spectators. It’s sure to be a round you don’t want to miss out on.

Once again, the 125cc class will be in

they have done all season. Charlie

Heyman currently leads the series on

so far this season. Ollie Colmer is

currently 2nd in the Championship on 191

points, 32 back from Heyman. Colmer

has had problems in the last two rounds

which has let Heyman extend his points

lead so Ollie will be looking to get his title

chase back on track at FatCat.

coming into this round hot. He currently sits 3rd in the series on 178 points, only 13 back from Colmer. Cole

Mccullough is having a brilliant year in his debut 125cc season and is 4th in the Championship on 162 points,

Cole showed his speed in the sand at Lyng and will be one to watch at FatCat.

in the series, 33 points back from Westcott and has been getting better

and better at each round. He will be one to watch as we head to Fatcat.

in the storyline thus far. Isak Gifting leads the series on 186 points after going 1-1 at Blaxhall,

however rumours of a suspected knee injury may side-line him for Fatcat. Conrad Mewse lost the

Championship lead after an early exit from Canada heights with a broken collarbone. Mewse, not one

with bike issues in both races. Conrad is 7 points behind in the series and will be looking to grab the

red plate back at Fatcat. GRT Impact KTM rider James Carpenter has had an impressive season so far

and is 3rd in the Championship with 153 points to his name. Tom Grimshaw has been fast and

consistent this year and sits 4th in the series standings just 5 points back from Carpenter.

In the MX1 category, its Tommy Searle who sits at the top of the standings on 230 points after a

great first half of the season. Tommy has been enjoying his racing and has been relishing the fight

at the British, week in week out. Harri Kullas is second in the series, 13 points back from Searle and

will be looking to put his sand talents to good use at FatCat to close the gap in the Championship.

at Blaxhall. Simpson delivered on the speed he has shown all season long and this could be the

confidence boost he needs to perform like we know he can in this latter part of the season. Sc

behind Simpson. This MX1 Championship is heating up and everything is on the line as they go into

RIDER OF THE ROUND

THIS TIMETABLE IS SUBJECT TO CHANGE AND MAY NOT BE

SOCIAL MEDIA FOR AN UP TO DATE TIMETABLE.

THE FUTURE OF CHAMBERS

With Tim Chambers and Tom Grimshaw

We caught up with Tim Chambers and Tom Grimshaw

from the Chambers Racing team to discuss how the

team works and the future of Chambers Racing.

We spoke to Tim Below.

Can you explain your role as a team manager

during race weekends and regular weekdays?

I organise the equipment, clean the truck, drive

the riders progress & help them to improve their

race craft whenever possible. I like to raise their

hopes & achieve their ambitions in the sport.

Promoting British riders to be at the top of the

sport is my goal. I also may have a beer & a rest

What is your background in motocross? Where did your love from the sport start?

in all classes. My love for the sport came from riding & racing, then to watch Ken

Hanson wrag a CCM full chat, balls out, no fear, made the hair on my neck bristle. To

Wrighty battling the World was so overwhelming, I thought I’d like a piece of that.

What made you start a team?

Watching so many guy’s with talent, who hadn’t got the

means to make it in the sport, just a helping hand.

What do you see for a future in the team?

Depending on how the sport changes, I would love to do a

full GP campaign, however, I work to race, I wish it was

easier to go to the GP’s, but the format is wrong.

Tom is currently sat in fourth in the championship, one point

behind Jamie Carpenter, how does he feel about this?

I’m sure he would rather be in the top spot, or above his

for all the riders, they put it on the line every week, as does

everyone in the team. The plan is to improve every season &

we are currently achieving that goal, next weekend MX2

French GP, points are the goal.

Tom, how do you feel about your position in the

to come so we will keep pushing for better.

in the coming rounds?

We know this is possible, & I’m positive you will see us on

the box in the very near future.

Same question for you Tom.

podium so I am gunning for that!

of that but definitely if the opportunity is there

I will take it.

Where does tom see his future going

within the team and his racing career?

I know he will contest GP’s,

I’m happy to take him there,

like most Teams we cannot afford the fly away’s,

riders, that would encourage us to attend & compete.

What made you choose Tom to be part of the team?

from all in the family, he’s now part of a bigger

family who all give 100% every weekend .

Racer with some highly ranking achievements under

his belt including the MX1 & MX2 South African

this is what he had to say.

"I was really excited heading into Blaxhall. After a good race with Shaun the previous

weekend, I was keen to get on the line again. The intensity of the racing and track are so

different to South Africa. Rougher, faster and more competitive. I was hoping to do better

than what I did. The first moto I was in the top 10 and wasn’t too happy so pushed harder

and was feeling more comfortable going into the second moto, was stoked to be running

top 5, because that’s where I was hoping to be but a mistake cost me. We live and we

It was insane to see so many spectators at the racing, back home it’s a lot smaller. A lot

of friendly faces too that are all just in it for the love of motocross which is really cool.

So stoked to have the opportunity to come back and race a bit more. The more time to

get to grips with the tracks and racing here, the more I can improve. I’ve been told Fat

Cats is a sandy one and I enjoy the sand back home, so I’m excited to take what I’ve

learnt and hopefully pull some better results out the bag.

I can’t thank the people who have made this all possible enough: Site Sealants, Dyce

Carriers, SS24, Broskie Family and everyone else in my corner" 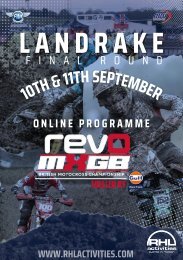 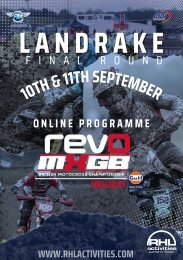 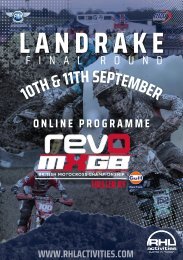 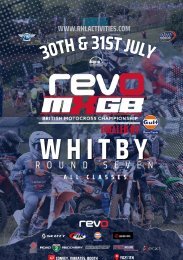 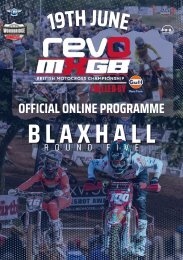 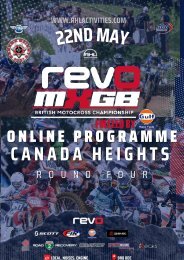 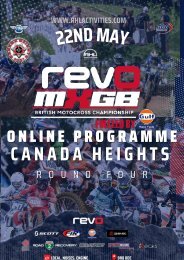 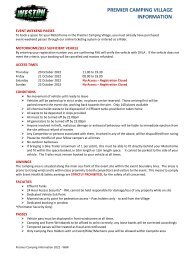 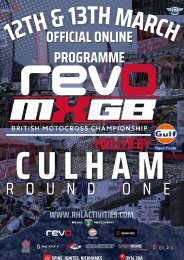 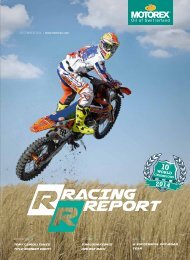 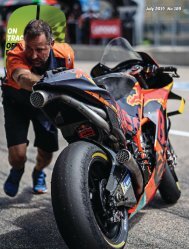