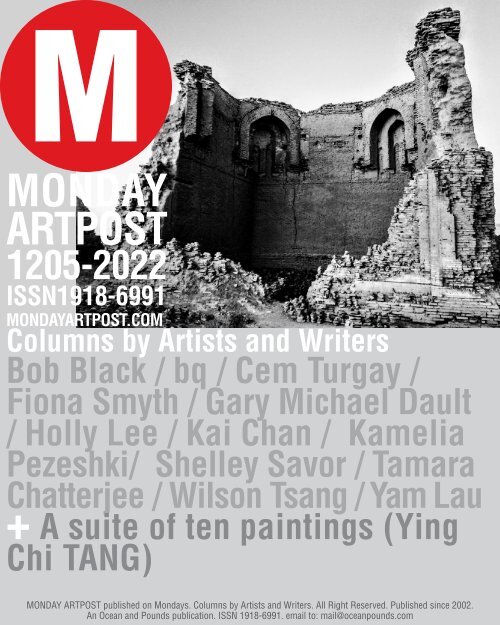 + A suite of ten paintings (Ying

(on table) an artist book by Lee Ka-sing

[Songs from the Acid-free Paper Box] (for Holly)

In one of his Lorca Variations*

says of Lorca and his Spain

to which I now wish to add

that are intensive and self-generating, not unlike those of a weather map.

One feels the diagram is simultaneously abstract and natural; it forms a

living current of energy in the immediate environment.

Aside from health benefits, I think Tai Chi generates gentle and positive

energy that nurtures and cleanses the space. The practice is a sort of “space

clearing”. My next video project will be about Tai Chi as an act of drawing

or composing energy diagrams that have a subtle, yet palpable impact

on the quality of space. In this new work, I envision Tai Chi will produce

as a template for meditative contemplation. Last Friday I went to Ka-Sing’s

place to make some test footage. He shot some footage with a film camera.

The work made me very happy.

the fun out of everything like a group of

Curious children walking through an antique

Before the dandelions in the open until

It’s too late but at the same time too early

To tell what exactly happened there.

Everything must be played out

And when we get to the end of it

Applauding is not allowed if you believe

In tradition. We seem to enjoy good tragedies,

Especially those involve in certain form of

Back together. That’s what Lego are for.

wacky tour of remains of the Aral Sea; we

ventured back towards the Mizdarkhan

necropolis. Within the archeological rubble;

remnants of arches, crosses and even piles

of stones can be seen. The site dating back

to the 4th century has undergone much

gentrification, but what remains of the

marvel against the monotonous great sands

of the silk road. It appears that superstitious

the world remains standing. Bless them!

“the big chore is always the same: how to begin a sentence, how to continue it, how to complete it…”—

suddenly,winter breaks through the window, barking from the deep back den of its throat

night trolls for bite or bicker, a black chinook bitching up a storm

and she is up

a Rorschach all the while he sleeps

soundly an ocean and eleven time zones away

the dew on the knuckle branch

the color exiled from a chipped wall

the stain flowering on the pillow from the imprint of your passage.

the elong line that measures the notebook’s blue-space, white between us.

later the morning’s black handle liens into a mortgaged wrist, bowed beneath the tug of hibernal

she finds in the algebra of 紅 燒 肉 and maple and apple, his voice

and where they were one, oneiric

though he is still

soundly an ocean and eleven time zones away,

scootering off, untied and adrift with to aquatic sleep.

Short the night of making rhyme from beast.

Short the space between the syllables of your name, cutlery and nest.

then she marks the wind, minnows teething at her ankles and heart,

marks the way the fork fell and the fat splattered and stained more than just her shirt.

If only your accented words perched closer to me, elliptical upon your thinning lips

she thinks as lentil and laughter and letting-go sways

with meal and matter and an Atayal platter--

I am hastening toward you.

cars caught in the boulevard’s lamplights, streetwalkers spark and deer pivot red in the bright

who triangulates an ocean and crews the meal, eleven time zones,

whose organs know neither distance nor space, wiping way

as the pink crumbs of an eraser’s maker swiped from paper, the old conundrum

you in winter full-bellied, I come running wobbly and wicked and wearied of roam,

our cuisine and carriage and life carnival carrying us soundly,

an ocean and eleven time zone away

once again toward home.

A suite of ten paintings

Fine Art from Goldsmiths College of the University

of London in England and master’s and doctoral

of Technology University in Australia respectively.

She is an active art practitioner who merged various

writer. She has held over twenty solo exhibitions

and participated in various group exhibitions

the Hong Kong Museum of Coastal Defence and

of Art of Chiangmai University in Thailand

(2012), Department of Visual Studies of Lingnan

Anniversary of the British Council in Hong Kong 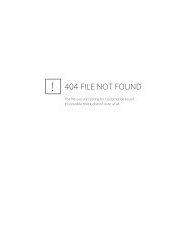 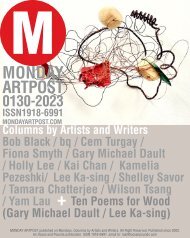 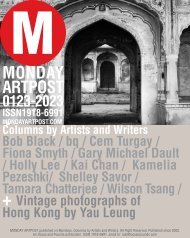 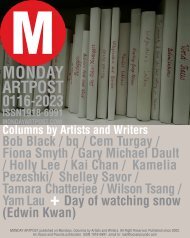 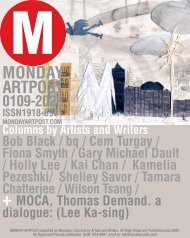 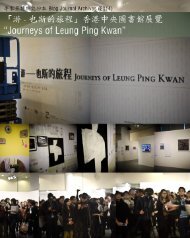 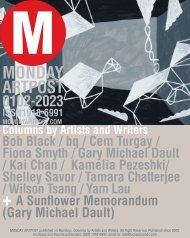 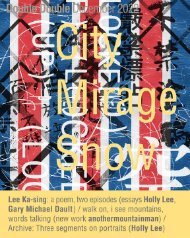 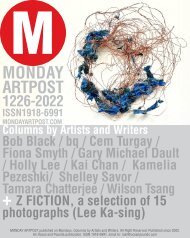 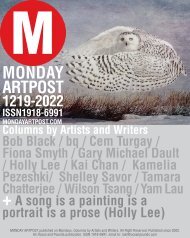 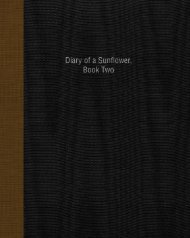 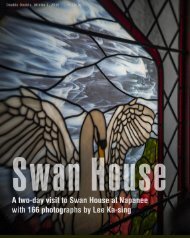 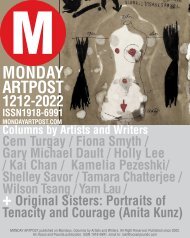 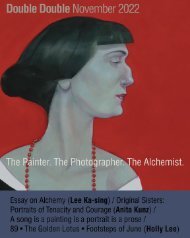