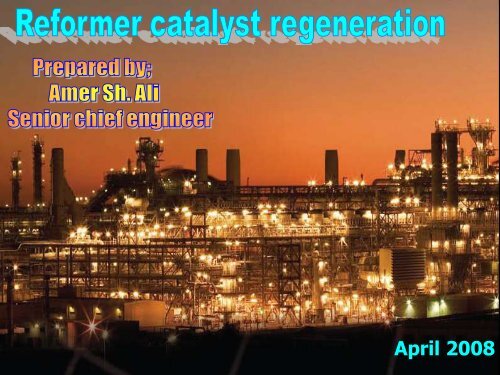 What is catalyst A

What is catalyst A

size from the smallest, methane, with only one carbon atom, to large

nitrogen, oxygen-, sulfur- containing compounds and traces of a variety of

products called reformates which are components of high-octane gasoline

(also known as petrol). Basically, the process re-arranges or re-structures

the hydrocarbon molecules in the naphtha feedstocks as well as breaking

some of the molecules into smaller molecules. The overall effect is that the

shapes having higher octane values than the hydrocarbons in the naphtha

feedstock. In so doing, the process separates hydrogen atoms from the

modern petroleum refinery. Other byproducts are small amounts of

The feed of the unit is hydro –treated naphtha having

of about 200 C , and it contains paraffin , naphthene (cyclic

paraffin ) and aromatics hydrocarbons ranging from those

containing 4 carbon to those containing about 10 or 11 carbon

There are a good many chemical reactions that occur in the

catalytic reforming process, all of which occur in the

presence of a catalyst and a high partial pressure of

hydrogen. Depending upon the type or version of catalytic

reforming used as well as the desired reaction severity, the

reaction conditions range from temperatures of about 495

1.The dehydrogenation of naphthenes to

convert them into aromatics as exemplified in

naphthene) to toluene (an aromatic), as

2.The isomerization of normal paraffins to

isoparaffins as exemplified in the conversion of

normal octane to 2,5-Dimethylhexane (an

isoparaffin), as shown below:

3. The dehydrogenation and aromatization of

dehydrocyclization) as exemplified in the

conversion of normal heptane to toluene, as shown

4. The hydrocracking of paraffins into smaller

molecules as exemplified by the cracking of normal

heptane into isopentane and ethane, as shown below :

The product is reformate with high Octane number and

A catalyst is a substance which alters the rate of a

chemical reaction but is chemically unchanged at the end

of the reaction . It has different shapes and sizes.

contain platinum or rhenium on a silica

or silica-alumina support base, and

some contain both platinum and

(chlorinated) prior to use.

The noble metals (platinum and

rhenium) are considered to be catalytic

sites for the dehydrogenation reactions

and the chlorinated alumina provides the

catalyst deactivation is defined as a phenomenon in which the

structure and state of the catalyst change, leading to the loss of

active sites on the catalyst’s surface and thus causing a

decrease in the catalyst’s performance.

Catalyst deactivation is a result of a number of unwanted

chemical and physical changes. The causes of deactivation are

Mechanical deactivation as a result of physical breakage,

attrition or crushing is also an important deactivation

The three major categories of deactivation mechanisms are

sintering, poisoning, and coke formation or fouling. They may

occur separately or in combination, but the net effect is always

the removal of active sites from the catalytic surface.

Sintering, as illustrated in Figures below, is the loss of catalyst’s

the active phase. In the case of supported metal catalysts, reduction

of the active surface area is provoked via agglomeration and

coalescence of small metal crystallites into larger ones

Two different models have been proposed for sintering i.e., the

atomic migration and the crystallite migration models. As such,

sintering occurs either due to metal atoms migrating from one

crystallite to another via the surface or gas phase by diminishing

small crystallites in size and increasing the larger ones (atomic

migration model). Or sintering can occur via migration of the

crystallites along the surface, followed by collision and

The rate of sintering increases

exponentially with temperature and,

for example, the sintering of precious

600°C. The underlying mechanism of

sintering of small metal particles is the

surface diffusion, or at higher

temperatures, the mobility of larger

Coke formation is the most widely known form of fouling (it is .

even used as a synonym for fouling). Coke formation is not very

clearly defined. There are probably as many mechanisms of coke

formation as there are reactions and catalysts where this

phenomenon is encountered. During the coke formation,

the active surface area. First, this blocks out the active compounds

to reach the surface sites, and second, the amount of coke might be

so large that carbon deposits block the internal pores in the

catalyst. In many cases, hydrocarbons and aromatic materials are

Catalysts may also be poisoned in the presence of some pollutants, such

Magnesium (Mg). These components contaminate the precious metals and

Catalyst regeneration is an operation achieved to

get back the activity of the de-activated catalyst

by getting rid of contaminants ,sintering and

The operation is carried out through these steps:

Burning: which means the burning of carbon

deposited on the catalyst surface in the existance

of O2 at high temperature .This step consists of 2

Here below is a sketch showing how the burning

the distance between the crystals from 0.1-10 A using high

temperature (510 C) in the existence of chlore and air as

shown in the figure below:

Reduction is the elimination of Oxygene by means of

change the Platinum from oxide to free pattern.

When the catalyst has been regenerated it becomes very

active to any reaction andwill lose its operating age rapidly,

so we have to add any type of sulfur compound with

After the sulfiding step we increase the temperature

and we can make a feed injection.

Now, we will see Catalyst

regeneration schedule Which I had

/II refinery as per constructions of

CRITEREON as an example to this 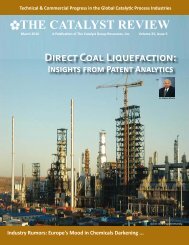 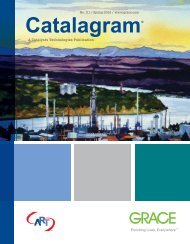 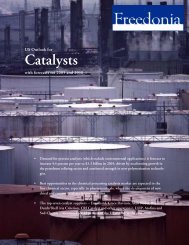 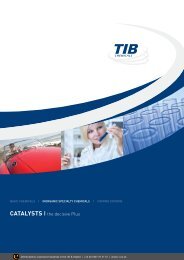 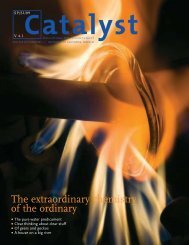 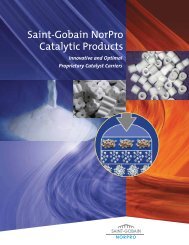 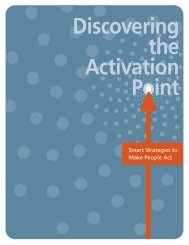 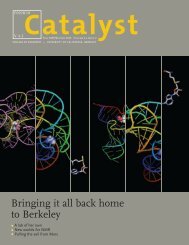 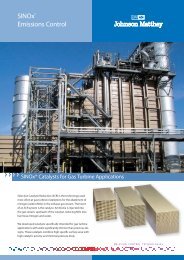 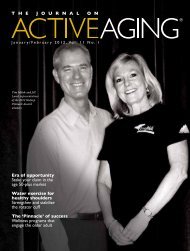 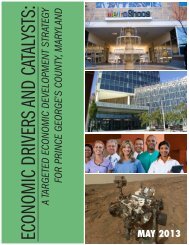 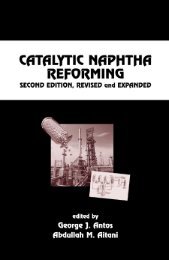 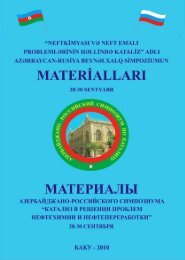 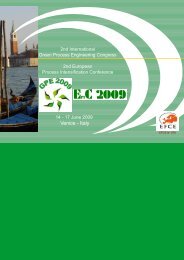 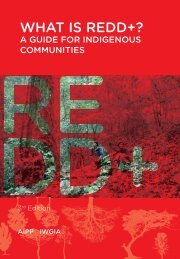 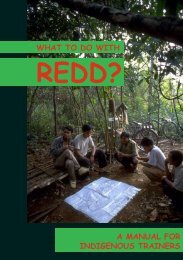 Magazine: What is catalyst A