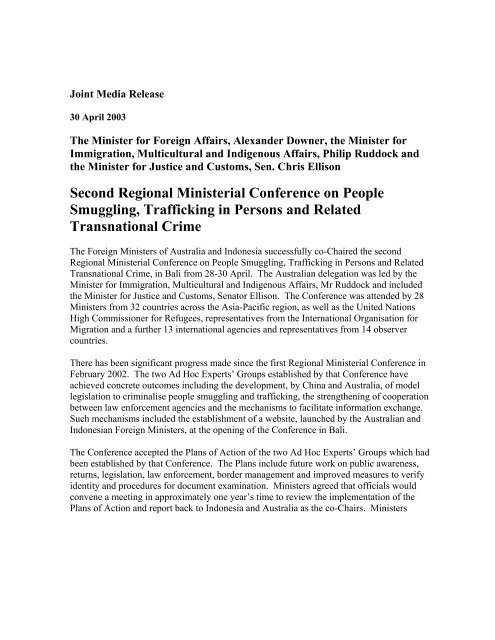 the Minister for Justice and Customs, Sen. Chris Ellison

Smuggling, Trafficking in Persons and Related

Transnational Crime, in Bali from 28-30 April. The Australian delegation was led by the

the Minister for Justice and Customs, Senator Ellison. The Conference was attended by 28

Ministers from 32 countries across the Asia-Pacific region, as well as the United Nations

High Commissioner for Refugees, representatives from the International Organisation for

February 2002. The two Ad Hoc Experts’ Groups established by that Conference have

achieved concrete outcomes including the development, by China and Australia, of model

legislation to criminalise people smuggling and trafficking, the strengthening of cooperation

between law enforcement agencies and the mechanisms to facilitate information exchange.

Such mechanisms included the establishment of a website, launched by the Australian and

Indonesian Foreign Ministers, at the opening of the Conference in Bali.

been established by that Conference. The Plans include future work on public awareness,

identity and procedures for document examination. Ministers agreed that officials would

Plans of Action and report back to Indonesia and Australia as the co-Chairs. Ministers

agreed that the Ad Hoc Experts’ Groups would continue, for the time being, to be chaired by

Thailand and New Zealand. There was unanimous support for a further Ministerial meeting

The Bali process has boosted legal and enforcement cooperation in the region. The work

cooperation in combating other forms of transnational crime including money laundering,

to tackle serious issues affecting us all. 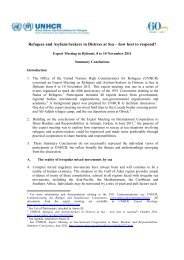 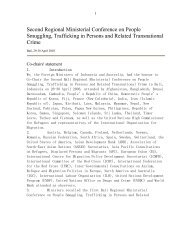 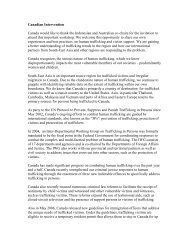 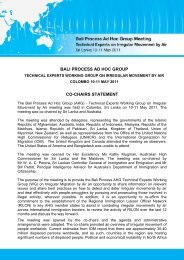 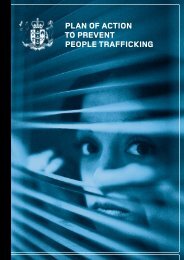 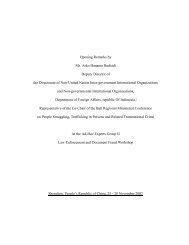 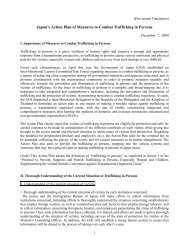 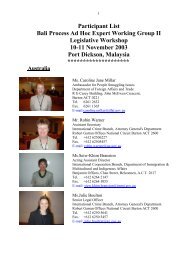 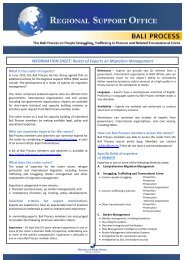 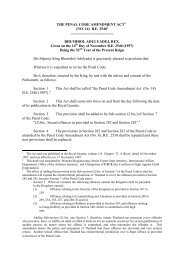 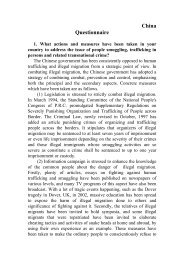 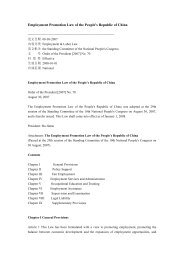 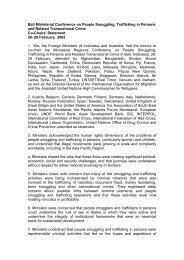 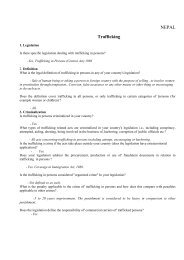 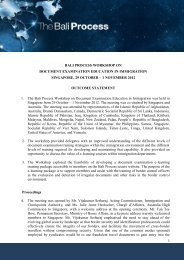 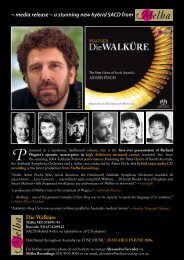 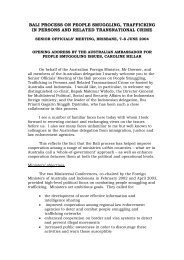 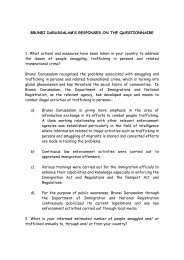 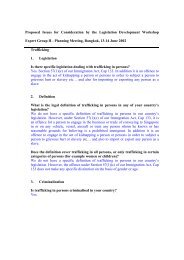 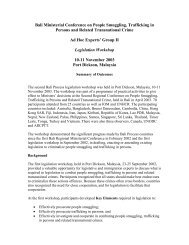 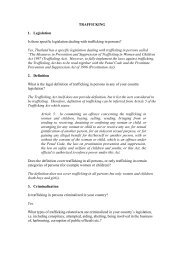 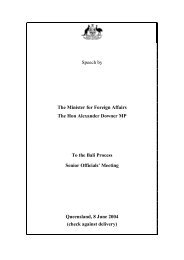 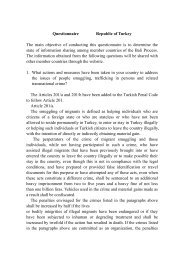