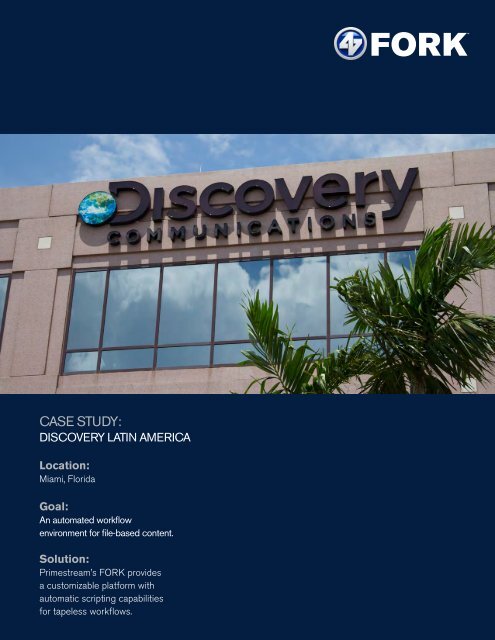 a customizable platform with

Communications’ subsidiaries in that they do a little bit of everything:

They cut their own promos and commercials, create

their own graphics, and broadcast content to almost a

dozen countries in Latin America and Brazil. “We’re a

The facility’s primary function is to take the programs

produced for US markets by Discovery and its

affiliated networks (such as Animal Planet and TLC),

and adapt them for Latin American markets.

The division offers over 8

(Spanish and Portuguese for

needs of advertising and sales

for the destination country, while the voice dubbing is

performed in the destination country itself.

with Spanish and Portuguese graphics. “There’s a

group here for each region,” Sierra explains. “If you’re

going to air a show in Argentina, the content will be

slightly different from the same show we’re airing in

Mexico or Brazil, because there are different cultures

even amongst the Spanish-speaking countries.”

“The idea is to get rid of tape in this office,”

Teams of producer-editors (called “preditors”) within each regional group

produce and edit their own spots on Final Cut Studio, Final Cut X, or Avid

Media Composer, taking in and sending out more than a hundred hours of

content per week. Currently, an initiative is underway to streamline the flow

of that content, starting with the adoption of a completely file-based workflow

“The idea is to get rid of tape in this office,” Sierra remarks. “For the most

part, the programs we air are file-based. We have the ability to go to tape in

case of an emergency, but we don’t usually send anything to tape. If a tape

is sent to us from Discovery headquaters or any of our affiliates, it’s ingested

and becomes a file and it will always stay a file.”

Traditionally, editors had to QC their spots from a tape machine, which usually

meant a monopoly on the content or playback machine. “With the FORK Media

have a tape machine on everybody’s desktop,” Sierra says.

How many preditors at your facility?

How many people are in your department?

What version of Final Cut?

How many nonlinear editing systems?

What version of After Effects?

What version of Media Composer and

Is the facility Mac or Windows based?

“It’s the next level of filebased

My environment here is just

not possible without FORK.”

A PIECE OF THE ACTION

“Every file that comes in, no matter what format, has to go through a

The FORK Production Client is a versatile cross-platform

software application that allows users to view the clips

and modify their metadata, as well as perform a number of

unique action scripts are customized by Primestream to

perform all automated actions in the background as well

as actions initiated by the users.

“We had a lot of meetings with Discovery to address

Kanjanapitak. “Discovery wanted something that was

easy to use and completely automated, as a responce

we developed and implemented a solution that’s 99.99%

suited to his workflow.”

“Every file that comes in, no matter what format, has to

go through a script,” Sierra states. “They’re the livelihood

of my system.” Using the “Send To” command, files are

distributed to unique folders to be archived, transcoded,

or tagged before moving to a 378 TB SAN storage area

to SD by a Telestream Vantage.

For file-based drops into FORK, a script registers the

folder and media verification application, then a FORK

VFT proxy for editing in Avid or Final Cut, or for viewing

it with the Production Client. The QC “Send To” delivers

the files to an Omneon Media Server once a program is

“We don’t touch any of the scripts. They just work,” says

Sierra. If a script needs to be rewritten, a Primestream

Meanwhile, Sierra is able to monitor system activity with a

“When a file is ingested, the file name pops up green,

which means there’s no proxy. When it turns red, a proxy

is available, but it hasn’t been archived. When it turns to

grey, it’s been archived,” he says.

“The great thing about FORK Production Server is that

I don’t have to teach people 100 different interfaces,” he

continues, “though in an emergency I still have access to

the native control GUI’s for the SAN and Diva archives.”

The producers, editors, and technicians at Discovery

Latin America also make use of the web-based FORK

“With the web interface I can watch transactions as

they’re happening, and I don’t have to install the client,”

says Sierra. “Connecting to the server is as easy as

and “Smart Bins” with preset query fields that

will automatically organize media into formatted,

“With the web interface I can watch transactions as they’re

happening, and I don’t have to install the client,” – says Sierra.

A web-based interface means that system

maintenance and upgrades can be simply performed

on the main server with little to no effect on the

working environment “You come in today and it’s one

version. You come in tomorrow and it’s completely

different one, no installations,” says Sierra. “We do an

Primestream’s technical support license not only

encompasses FORK and all its elements, it also covers

everything FORK touches, including Discovery’s

flexible enough to adapt to any production

enviroment. “It’s the next level of file-based

nearly two decades he’s been with Discovery Communications, and he’s

had to adapt to any production enviroments workflows. FORK, it’s a

media management platform flexible enough to adapt to any production

enviroment. “It’s the next level of file-based workflows,” he says.

“My environment here is just not possible without FORK.”

OVER THE AIR, VIA SATELLITE, AND TO “SECOND”

SCREENS SUCH AS MOBILE PHONES, TABLETS,

to do what they do best — create.

Based on an open and hardware-agnostic architecture, FORK integrates with a wide range of

complete control for end-to-end management of the production process, with significantly improved

efficiencies that maximize the use and value of our client’s media assets.

engineering standards. Deployed in more than 300 broadcast operations across 40 countries,

Primestream’s proven solutions are implemented by some of the world’s leading broadcasters, news

© 2012 Primestream Corporation. All trademarks remain property of their respective holders, and are used only to directly describe the products

being provided. Their use in no way indicates any relationship between Primestream Corporation and the holders of said trademarks. 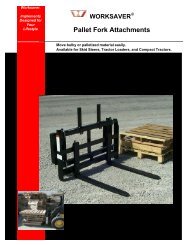 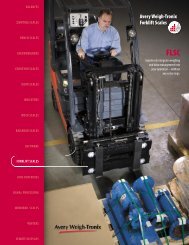 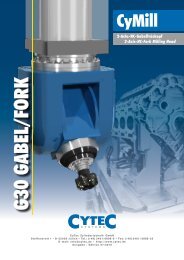 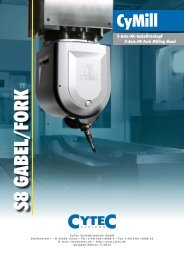 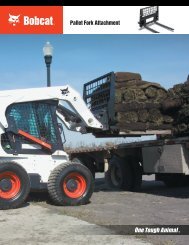 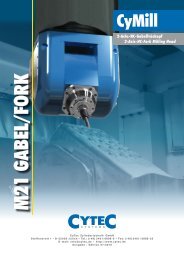