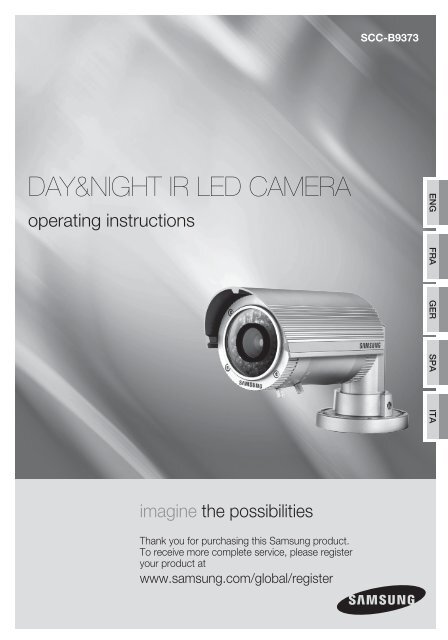 DO NOT REMOVE COVER (OR BACK) NO USER-SERVICEABLE PARTS

9. The mains plug is used as a disconnect device and shall stay readily operable at any

NAME OF EACH PART

03 Name of each part

name of each part

- Loosen the Levers and adjust Zoom/Focus

After controlling, tighten each lever.

- To widen the viewing angle, turn the “Zoom Lever” to “W”(Wide)

- To adjust the Focus between “N” (Near) or “ ” (Far) until the sharpest focus is achieved.

• Remove this screw Cap carefully. Retain it in a safe place,

as it must be replaced to protect from water entering the camera body.

• The DC level volume for the adjustment in the screw hole.

- For a bright screen, turn the DC Level Volume slowly towards “H” (counter-clockwise) with the

• Then tighten the screw Cap to protect water entering

Loosen the Pan/Tilt bolts of the bracket to adjust the camera direction.

In reference to page 3.

7. Connecting to Monitor and Power

• Be sure to connect power after all the installation is done.

• Do not use power sources other than that specified.