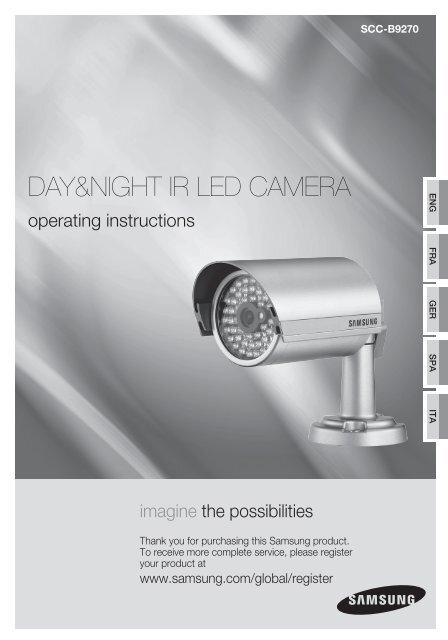 2. Do not install in a location subject to high temperature (over 50˚C), low temperature

(below -10˚C), or high humidity. Doing so may cause fire or electric shock.

• First : There are three mounting holes on the bracket so that users can install

the unit in any place such as on the ceiling and wall.

• Second : Fix the camera on the bracket.

- To avoid fire or shock hazard, use a UL listed power supply.

- When monitor is set to high impedance mode, the picture may become blurred. In this case,

• Fourth : Turn the camera direction to the picture that you want to display.

To avoid smear, do not expose the camera directly to a strong light source such as the sun or spot light.