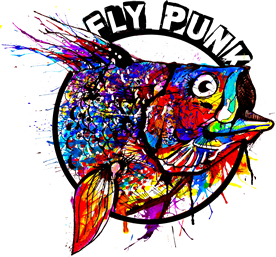 Day 1 – Tolmin Tackle shop – Tolminska River – Soca – Tolminska Evening Rise We’re up early and ready to go with a great breakfast inside us (no idea when we are next going to eat, so fill up when we can). First stop is to see Bostjan in the local tackle shop (http://www.socafishing. com) to buy our permits for the day. Bostjan is a great guy and had loads of info for us on the rivers we were to fish, even gave us some local flies to use – which worked straight away. We started fishing the Tolminska river just outside of Tolmin and were immediately into some really nice wild rainbows. The fact you could actually see the fish from distance (and they didn’t seem to be too spooked by our presence – I suppose they see quite a few anglers). Darrell was in straight away with a slab of a fish, I followed soon after with my first Slovenian fish. We steadily made our way upstream picking off fish here and there – a great introduction to the different style of fishing (I’m not used to throwing size 8, 10 and 12 dry flies to river fish – I’m more your size 18 & 20 guy). We followed Kevin up to the Soca for the afternoon, a big big river with lots of flow and an enchanting emerald colour. This was quite a steep learning curve for me, having not fished a river so big before – it was difficult to know where to start. But start we did – we could both see fish, but getting them to take a dry fly (or presenting a nymph at the deceptive depth) was proving difficult. After a few hours of fruitless casting we decided to spend the rest of the day back on the Tolminska and fished through to the late evening. The photos of the fish do not really do the colours justice, the Rainbows we were catching almost had a metallic hue. 8 | 9

Day 2 – Lepena – Marble Trout On to day 2 and we had over an hour’s drive to Lepena – through some stunning scenery and mountain passes – the view coupled with my dodgy driving (I will admit that driving on mountain switchbacks in a left hand drive car with Darrell screaming if I got too close to either the rock face or the edge of the road was a challenge). The Lepena is an upper Soca tributary and has been featured in many under water films and photographs. The fish and insects are as good as anywhere in Slovenia - It’s one of the highest alpine streams. Caddis line the boulders with their white cases. We arrived and picked up our permits and were then let loose for the day on the river. We parked up at the side of the river and started on what would be a memorable day’s fishing. Again Darrell was immediately into fish, whereas I was struggling to adapt to the conditions. After a brief chat I was on track and started to get takes. We fished all day (stopping briefly for a spot of lunch with Kevin and some of his other guests to tell tales and swap hints and tips). It was towards the end of the day when the magic happened. Darrell summed it up perfectly on his blog (www. thetreetrout.co.uk): “Moving further up as the evening drew in we started negotiating steeper faster runs of water with lots of rock formations. I was in front of Richard and came to the Goldfish bowl first, the rain was still spitting and as it began to stop the pool came alive. I cast my fly into a section of water about 6 inches deep which glided over a rock into the main pool. As it entered the pool I watched a fish rise from around 15 feet below and spiral its way to the top before sipping the fly from the surface. The fish gave a spirited fight, the unhooking isn’t worth talking about as the fish tied me in tangles and caused all sorts of havoc to my leader and fly line. With all the activity in the pool I turned and whistled to Richard to get him to move up here quickly. I stepped aside and let Richard have a cast, which after some work got a very confident take. Quickly downing my rod to man the net I moved into place. As the fish neared the surface I was gob smacked, I turned to Rich and said it’s a Marble, I’m sure. In turn this caused some panic, with Richard in not so many words telling me to hurry up and net it!. Indeed it was a Marble which now sat in the net and gave us both a great big grin!. The timing of the capture couldn’t have been any better as we were both just considering calling it a day. For those of you who have never seen a marble in the flesh then I must say you are missing out. They are very peculiar fish and very attractive in and out of the water, it is easy to see why these fish grow so big when you see their habitats in person.” So there it was we had caught the famed Marble Trout. Nothing could top that, so a few casts later and with the light really starting to fade we decided to head back. www.fly-punk.com 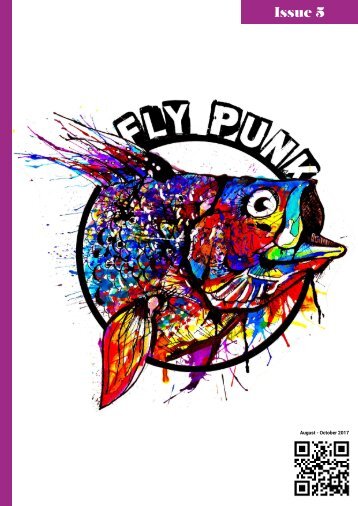 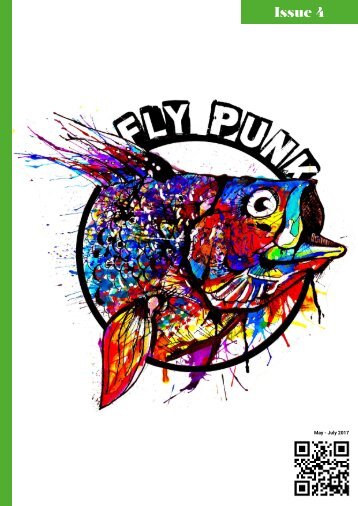 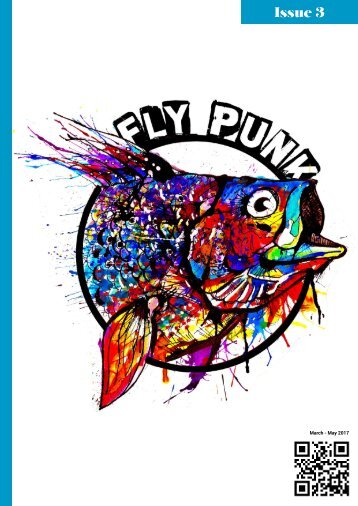 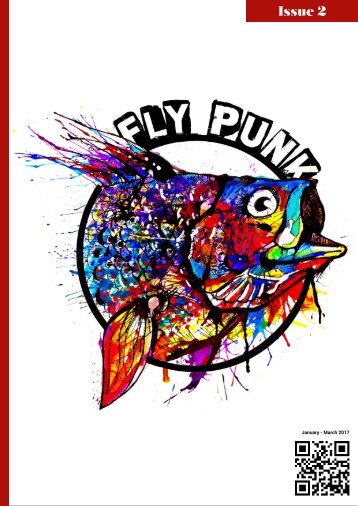 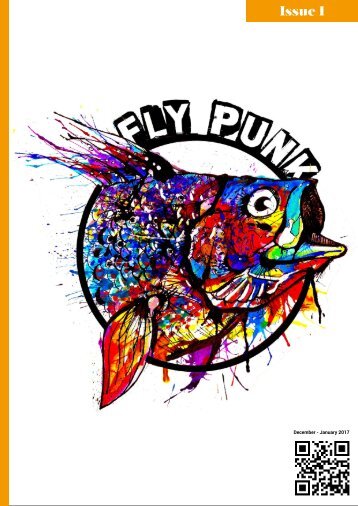