18 • Colorado Nurse | May 2018 The Official Publication of the Colorado Nurses Foundation in partnership with the Colorado Nurses Association American Nurses Association When Nurses Speak, Washington Listens The American Nurses Association strives to represent nurses on Capitol Hill, provide support for state nurses associations as they advance their own advocacy agendas, and help federal agencies and elected officials propose and enforce new laws that will advance the nursing profession. ANA serves to amplify nurses’ voices as policies are conceived, debated, and implemented. We create long-lasting relationships with nurses and their representatives, working to establish a health system where care is accessible, of high quality, and recognizes the nursing profession as an integral component. Registered nurses represent the largest segment of health professionals, with more than 3.6 million nationwide. Nurses not only represent an incredible force by sheer numbers, but policymakers rely upon their expertise as they work to improve our nation’s health system. For 16 years, nurses have outranked all other professions in Gallup’s annual honesty and ethics survey and are viewed as the most trusted profession. Throughout the year, we will feature examples of ANA members advocating for patients and the profession in various roles and settings, hosted at www.RNAction.org as well as shared through social media. The advocates’ stories will be paired with associated tools and ANA products & services. Each quarter will have a dedicated theme, building from local to more global examples, but overlap with other quarterly themes will occur. Nurses are advocates every day, so examples are endless and no illustration is too small. Please consider sharing your story and being recognized by ANA and your colleagues. Send either a brief written description (under 150 words) OR a video (less than a minute) capturing your experience: actions, any challenges / barriers as well as strategies and any words of wisdom or tips for colleagues. If providing in writing, please include a high-resolution picture. Questions or submissions should be directed to Janet Haebler, janet.haebler@ana.org, at ANA. GET ENGAGED: #BedsideandBeyond Each quarter will have a dedicated theme, building from local to more global examples, but overlap will occur. Q1: Nurses advocating locally (January – March) Highlighting efforts at the bedside or in the community both for individual and/or groups of patients and/or nurses. Some examples: patient-focused practice changes/process improvements; workplace safety policies addressing issues such as staffing, workplace violence, safe patient handling and mobility; and representing the interests of patients, consumers and/or the profession while serving on a committee, council or board. Q2: Nurses influencing elected officials and other key decision makers (April – June) Highlighting efforts to impact change with key decision makers that are local, state or federal. Could be employer specific, immediate community/county, state legislative/regulatory, or federal. Individual influence as well as participation in a coalition. Q3: Nurses get out the vote! (July- September) With the approach of election day, emphasis will shift to political examples. Highlighting nurses leveraging their position as most trusted profession to impact policy change and 2018 campaigns. Will feature nurses who participated in a campaign, currently in or running for an elected or appointed position, and/or have a productive relationship with their elected official. Q4: Global Impact and Making every year a year of advocacy (October – December) Continue highlighting nurses who have had an impact within their community, state, or at the federal level, while also expanding to experiences beyond the US borders. Considering 2019 and future policy issues relevant to the nursing profession, will include an analysis of the November election results as well as insight on potential impact of political advocacy, and tips and words of wisdom on how to make every year a year of advocacy at any level in any role and setting. To learn more about ANA advocacy efforts and what you can do to help, visit: http://www.nursingworld.org/ MainMenuCategories/Policy-Advocacy. Just Because You Received This Publication, Doesn’t Mean You Are A CNA Member 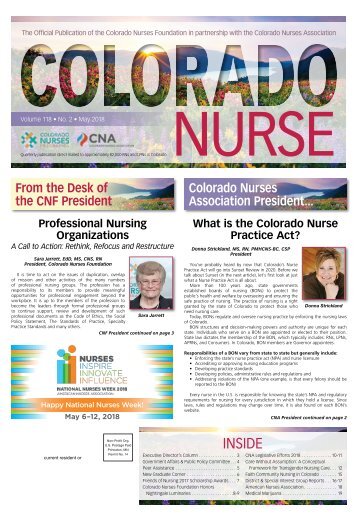 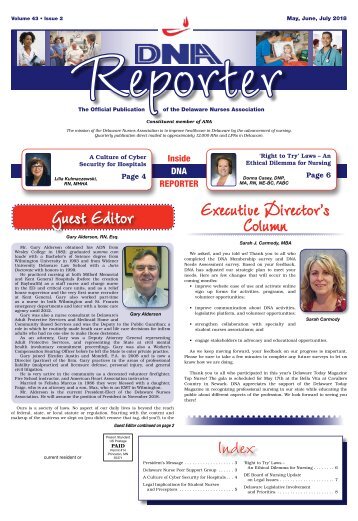 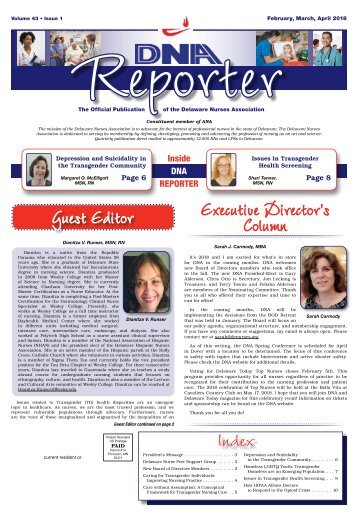 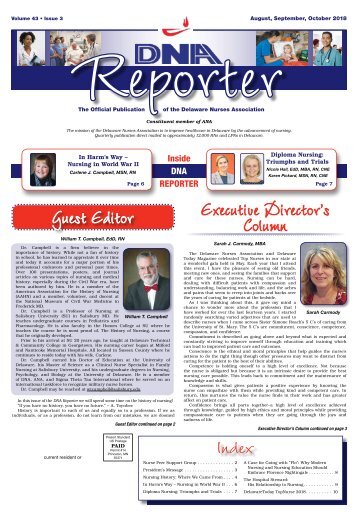 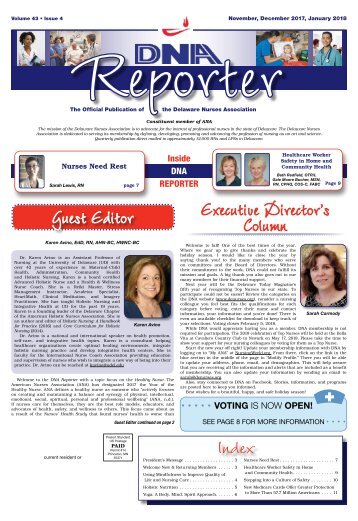 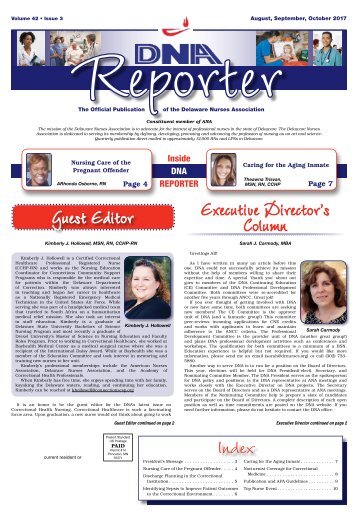 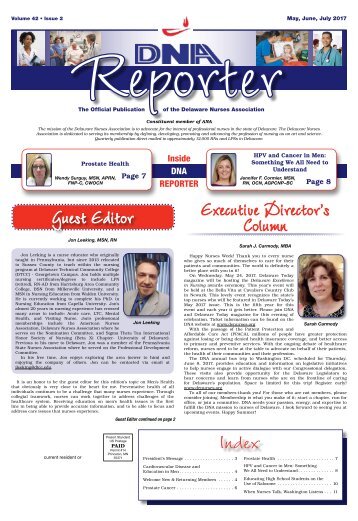 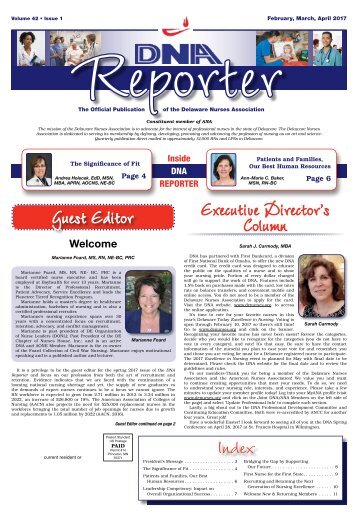 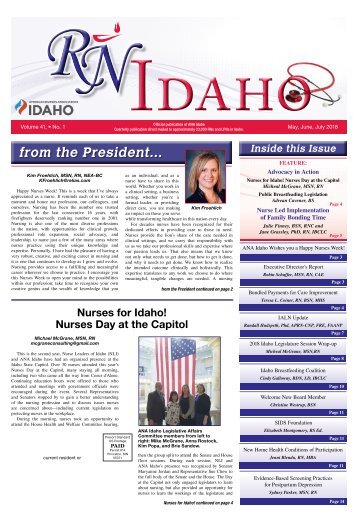 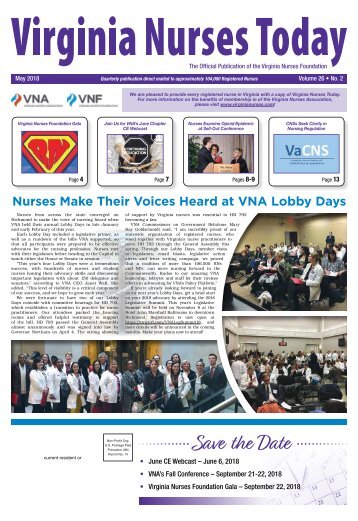