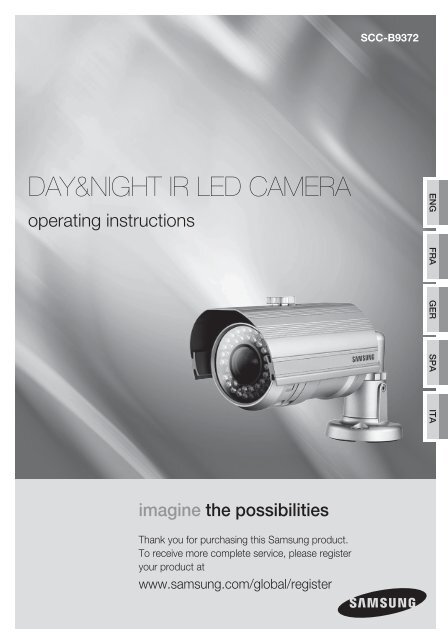 [THE OTHER SIDE VIEW]

1 Protective Film over Front Glass : Remove this film before operating the Camera.

position after adjusting the lens angle and focus setting as described below.

4 Focus and Zoom Ring: These two rings are used to accurately adjust the viewing angle

and to sharply focus all objects within the lens field of view.

- Loosen the fixing screws ( 3 ) to turn the Zoom and Focus ring.

ii) To obtain a closer view turn this ring to “T” (Tele).

(Far) until the sharpest focus is achieved.

- After tightening you should check that angle and focus is still accurate.

i) For a brighter screen turn the DC level volume slowly toward “H” (counter-clockwise),

ii) For a darker screen turn it toward “L” (clockwise) with a driver.

6 Bracket : Used to install the camera to the desired location.

- Install the Mounting Bracket at the desired location.

Connecting to Monitor and Power

• Be sure to connect power after all the installation is done.

• Do not use power sources other than that specified.