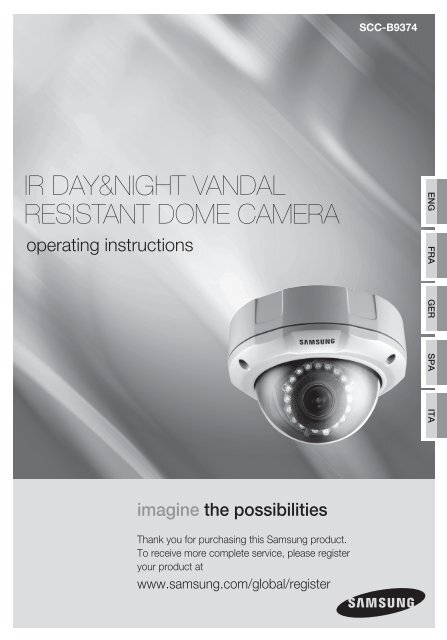 - Remove the protecting sheet from the rubber bottom and attach it on the base housing.

- Fix the base housing with the supplied 4pcs of screws(No. 8-32 UNC) on the ceiling or wall.

- Adjust the camera direction by turning the pan bracket left or right, the tilt bracket up or down,

then fix the screws tight.