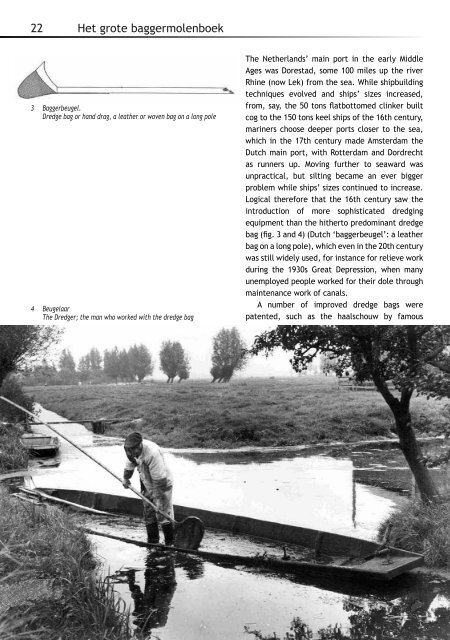 Dredge bag or hand drag, a leather or woven bag on a long pole

The Dredger; the man who worked with the dredge bag

The Netherlands’ main port in the early Middle

Ages was Dorestad, some 100 miles up the river

Rhine (now Lek) from the sea. While shipbuilding

which in the 17th century made Amsterdam the

as runners up. Moving further to seaward was

unpractical, but silting became an ever bigger

Logical therefore that the 16th century saw the

equipment than the hitherto predominant dredge

bag on a long pole), which even in the 20th century

was still widely used, for instance for relieve work

during the 1930s Great Depression, when many

unemployed people worked for their dole through

A number of improved dredge bags were

patented, such as the haalschouw by famous