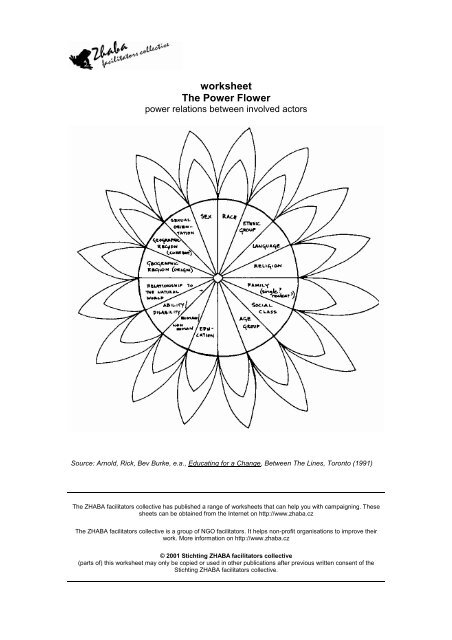 The ZHABA facilitators collective has published a range of worksheets that can help you with campaigning. These

sheets can be obtained from the Internet on http://www.zhaba.cz

The ZHABA facilitators collective is a group of NGO facilitators. It helps non-profit organisations to improve their

To develop an overview of our target-groups (participants, and organizers /

How to do it 1. Make a large drawing of the Power Flower

2. Fill in together the outer petals of the flower with descriptions of the group

they expect to visit the workshop. Use characteristics as "high", "middle" and

"low" and then indicate the amount of people that have that characteristic.

3. Fill the position of the organizers / facilitators in (each in a different colour?)

in the inner petals.

4. Take a look at the position of the organizers / facilitators in the group. Look

• Where will our position be different; which factors can be shifted or

• How can our position influence the group process?

• Which facilitators need extra support or extra training of certain

Take a look at the division of power within the group of participants. Look at:

• Will there be people with a very weak position in the group?

• Will there be people with a very strong position in the group?

• Can we expect tensions during the workshop?

and be used for reference. Especially when the first draft of the programme is

ready, it is very useful to have another look at the Power Flower and see,

whether there are any troublesome moments within the programme. Think of:

- moments which are boring for a part of the group;

- moments, where a part of the group can not participate actively , because

- moments where a part of the group will feel uncomfortable;

- parts of the programme, where one of the facilitators will need extra

support, because she/he is in a postion of low power (low authority)

Educating for a Change, Between The Lines, Toronto (1991) 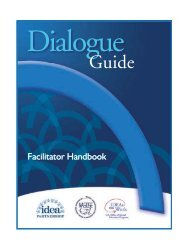 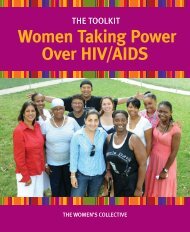 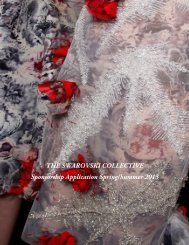 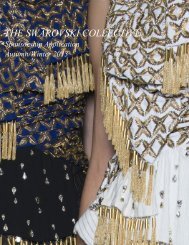 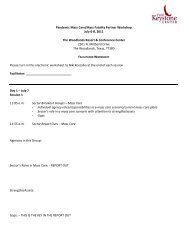 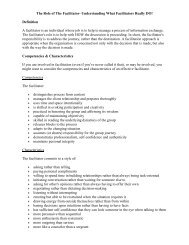 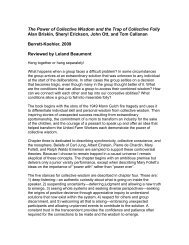 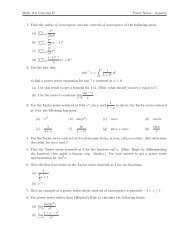 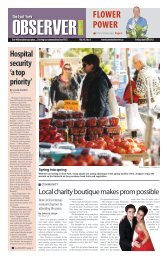 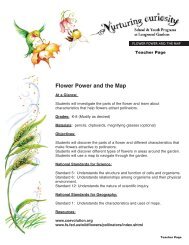 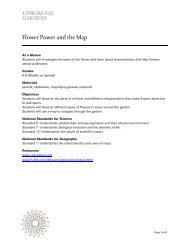 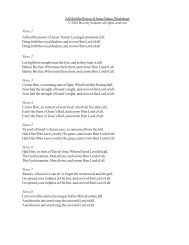