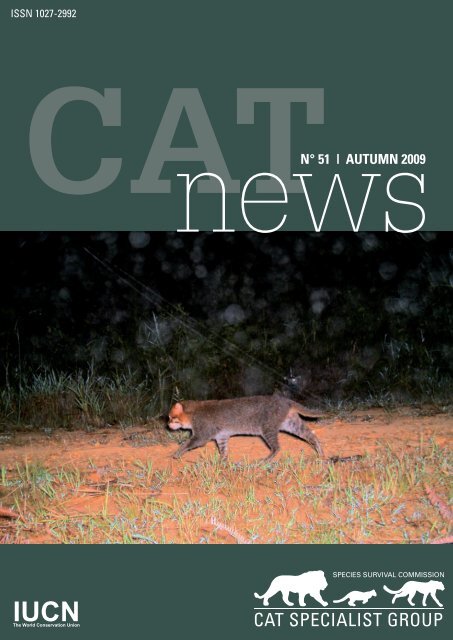 Camera-trapping snow leopards in the Tost Uul region of Mongolia

Camera-trapping snow leopards in the Tost Uul region of Mongolia

leopards in the Tost Uul region

Since conservation success hinges upon sound understanding of population size and

distribution, there is an urgent need for reliable, non-invasive status surveys under

differing environmental and habitat conditions. We conducted a camera-trap survey

abundance-population surveys in India, China and Kyrgyzstan conducted by other

researchers. We documented the presence of 4 adults and 3 cubs during the 65-day

survey. Based on the standard buffering technique, we surveyed a 264 km 2 area yielding

comparisons between surveys or areas, namely the minimum number of individuals

detected, number of recaptures and camera-trap success per 100 trap nights.

regarded as a high-elevation species

occurring in the Himalaya and other

However, their distribution also encompasses

much lower elevations down to 1000

In Mongolia, snow leopards occur along the

ranges eastward to about 106° E, and also

We carried out a camera-trap survey of snow

leopards in the South Gobi in the spring of

2007 to assess the efficiency of this method

for detecting snow leopards in that habitat

type, and to compare findings to similar

studies in high-elevation areas including

to snow leopard habitat in Tost Uul and the immediate vicinity.

and Tien Shan mountains of Kyrgyzstan and

Our survey was conducted in the isolated

desert massif of Tost Uul in the Gurvantes

(1) It was the site of a pioneering study of

program, and (3) the snow leopard

population was sampled via the collection

2008), thus also offering an opportunity to

for detecting and enumerating

rocky outcrops and sandy washes, with

is extremely rugged with narrow ridges,

steep slopes and a high proportion of loose,

through the range and facilitate movement

around the area, although only along

in July, the warmest month, is

Winds are strongest in April and May.

The flora is dominated by low shrubs e.g.

mongolica is prominent in most valleys

while argali Ovis ammon, the area’s other

Animal husbandry is the primary economic

activity, with local herders occupying some

through mid-May. In July, herders move

to nearby desert slopes for the summer,

resulting in lower densities of humans and

The local communities are highly dependent

upon a few wells and springs, which are

This survey was carried out from 5 May

each deploying an active infra-red

cameras positioned to capture both sides of

a passing snow leopard. There should be no

“holes” within the trapping array for a snow

leopard to escape undetected: therefore, we

aimed for least one trap station per 16–30

of an adult female snow leopard in good

since home ranges in Mongolia may be

2005) we accepted some larger gaps within

our trap coverage, which targeted the main

Camera stations were located along characteristic

to clusters of scrapes or active scentrocks.

Alignment of transmitter and receiver

is critical when using TrailMaster sensors,

to offer stability necessary to resist the

strong winds (up to 65km/hr) which prevail

build an image library for identification of

Trap stations were visited every 2–10 days

to record the number of events, photographs,

change film or batteries as required

baits or lures were utilized. We elected

not to relocate traps during the survey because

to maximize the likelihood of capturing all

area over the full survey period.

from their unique rosette or spotting patterns

using the criteria described by Jackson

et al. (2006). We applied the capturemark-recapture

snow leopard abundance based on daily,

and four mixed effects models on a scale

were excluded from analysis. We examined

for time-specific capture-recapture data. We

We camera trapped for 65 consecutive days

207 pictures of non-target species including

made during camera setup and testing.

We obtained 120 photographs of snow leopards

during 47 capture events. The majority

events (2.74 photographs per event), with

to a particular individual. This represents a

als (including cubs) per 100 trap nights, for

nights per snow leopard photograph. We

identified seven snow leopards, including a

to be about 12 months of age, two adult

The capture events included 12 captures of

captures of SL-4, and seven captures which

could not be positively identified. Capture

of trapping, especially for SL-1, who may

have shifted her cubs to another area since

no recaptures occurred after the initial 40day

period. We also suspect that leopards

captures were made at four trap sites within

suggested these to be regularly utilized

Fig. 3. Female snow leopard SL-1 and three cubs photographed during their visit to a

travel corridors. Snow leopards were not

detected at another four (22%) trap sites.

times under the daily, 3-day, and 5-day occasion

closure irrespective of survey duration, the

indicated this was only achieved during the

first 55 days of survey, which results we

0.432 under the 5-day occasion aggregated

selected by CAPTURE as offering the best

The half mean maximum distance moved

(½MMDM) by snow leopards between

e Half MMDM for snow leopards

photo captures was 3.38 km, resulting in

sampled areas of 294 km 2 when buffering

the Minimum Convex Polygon of the camera

leopards per 100 km 2 , respectively. The density

respectively, when MMDM is used as an

We obtained 0.63 captures of individually

similar to capture rates in the Tien

al. 2008), but lower than rates over two successive

the mean interval between photographs was

17.8 days, comparable to the inter-capture

nights), but much less than in 19 cameratrap

reported from the Tien Shan mountains along

India over two successive winters (8.49 and

the methods used to arrive at this figure

were not explained in detail.

When generating population estimates from

CMR data, it is necessary to obtain a sufficiently

large sample over a large enough

estimates of rare and elusive carnivores

Density estimates are strongly influenced by

to buffer edge distances) and the degree

of concordance between home ranges and

the buffered area. Thus, knowledge of how

far individuals move outside the sampled

area is required for determining the width

a buffer strip equivalent to ½MMDM for

a suggestion followed by subsequent

of this approach to snow leopard has

yet to be demonstrated through concurrent

From a practical viewpoint, the primary constraints

by the mountainous terrain, time-consuming

logistics when moving cameras to

of cameras available for deployment, all of

which tend to work against population closure

unless surveys are short in duration. In

light of these important limitations, as well

as the high cost of undertaking repeated

surveys, perhaps the most sensible option

results would be to also report capture rates

The establishment of a permanent research

station and launching of a long-term telemetry

study by Panthera, WCS and the Snow

Leopard Trust at the study site should provide

into the most optimal trapping

density, at least within a highly fragmented

Camera-trapping was funded by the Leonard X.

Institute of Environmental Studies and donations

from Ken and Gabrielle Adelmann and an anonymous

individual. We thank the Ministry of Nature

and the Environment of Mongolia and Institute

of Biology, Mongolian Academy of Sciences for

providing permissions and in-country staff, and

of Sciences, Moscow. (In Russian).

leopards in the southern spurs of the Gobi Altai.

Proceedings of the Institute of General and

(In Mongolian with Russian summary).

of photographic rates to estimate densities

of tiger and other cryptic mammals. Animal

Khishchniye. [Mammals of the Soviet Union,

Movements and activities of snow leopards

1994. Observations on snow leopards in Mongolia.

In Proceedings of the Seventh International

Institute of Biology, Mongolian Academy of 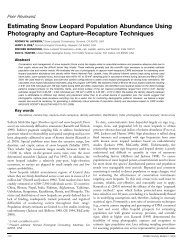 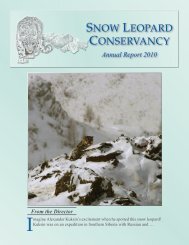 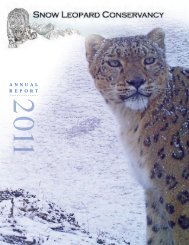 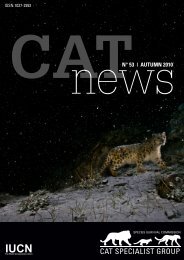 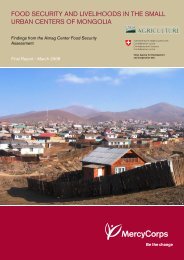 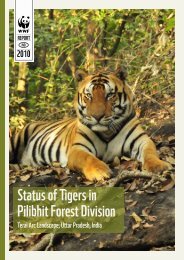 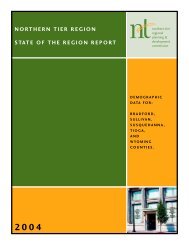 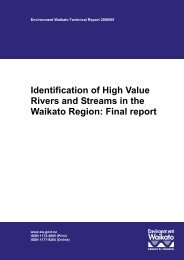 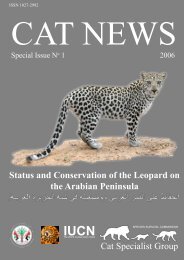 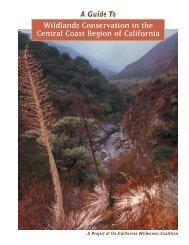 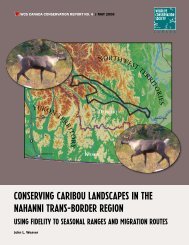 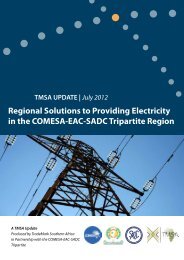