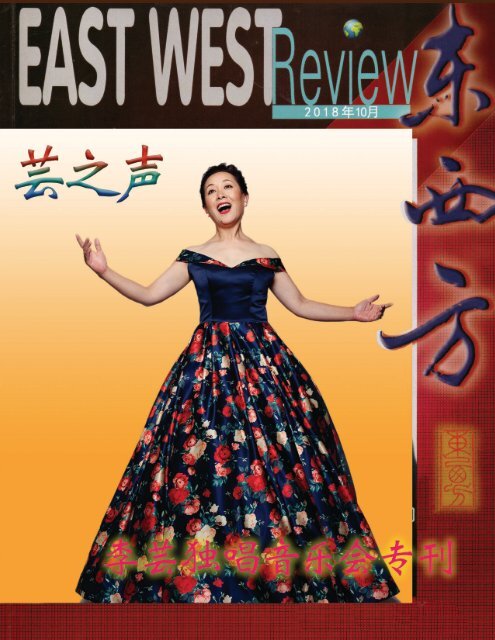 Born into a family of music lovers in Lanzhou, China, she began playing the Chinese

from Northwest Normal University Music School in Lanzhou, China where she studied

under Professor Jinbao Wang. After graduation, she accepted a position as Assistant

studied under Dr. Joanne Stephenson and Genelle Koenig, a former soprano from the

In the past decade, Ms. Li has appeared in multiple recitals and events throughout

of both opera works and contemporary pieces in various concerts and recitals. She

Competition and UCSD Singing Competitions. In 2015, she released her studio

After graduation, he was cast in several

title roles in in the Tian Jin Opera. Shortly after,

Ping immigrated to to the U.S., where he has

remained an an active singer, musician, and vocal

coach in in Southern California, and has received

numerous awards and accolades in vocal

competitions in in China and in in the U.S.. Ping

performed in in several major music festivals and

Ms. Wei Xu was born in a musical family in in

Shanghai, China. She began to learn piano at at

the age of 6. Ms. Xu received her bachelors

degree in Violin Performance from Shanghai

Conservatory of Music, then joined the

as assistant principal in in 2nd Violin for for many

years and toured many countries in in Europe

and North America with the orchestra. Since

participated in in the various performances by by

Pianist Dan Yu, studied piano when he was ten

years old in China. After immigrating to the U.S.,

Jane Smisor Bastien and then majored in piano

performance at UCLA under the great Russian pianist

prizes throughout California including 1st place

in in La La Jolla Young Artist Competition and Musical

Merit of of Greater San Diego.

from Fudan University, China and Ph.D.

from University of Minnesota. She had more

than twenty years of experience in biomedical

research and product development in in several

She has also begun pursuing her passion for

singing and embraces the challenge of of hosting

Diplomate, American Board of Periodontology

Great Foundation for a Perfect Smile 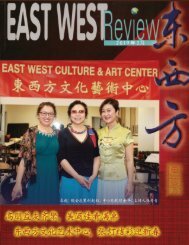