Just who are those "Conventuals," anyway? Check out our digital flip book, to start learning about Francis, Franciscan Spirituality, the Conventual Charism, and the path to joining us as a friar!

If you’ve made it as far as this page, it likely

means you’ve been feeling God tugging at your

This booklet offers an introduction to the

that has been part of the life of the Roman

Inside, you’ll learn about Francis of Assisi,

our Province, and the process for becoming a

A verse from the Church’s Evening Prayer on the

feastday of Saint Francis calls him a “thoroughly

the faithful living out of a refreshingly authentic

Catholicism, which manifested the joy of the

model of our founder: to be refreshingly Real and

We hope this serves as but a starting point for

your deeper exploration of our brotherhood.

Saint Francis was born in the Italian town of Assisi in

merchant with big plans for his son. He was only too

happy to outfit Francis with the equipment needed to

Francis’ military glory was short-lived; he was

captured and spent a year as a prisoner of war. This

On a reflective walk one day, Francis stopped to pray

in the crumbling chapel of St. Damian. There, he had

a mystical experience of Christ speaking to him from

the crucifix. “Repair my house, which you see is falling

into ruins.” Francis took this literally and began to

rebuild the little church. Such behavior brought his

raise funds for the repairs. Dragged before the bishop,

only father, and entrusted himself to the Church.

Francis encountered much ridicule, but also started to

attract other young men from the town, who

recognized in Francis something they’d been lacking.

They joined him in repairing churches, ministering to

In 1209, with more men joining Francis and his

companions in their life of ongoing conversion, the

of penance, because we shall soon die.”

- Francis of Assisi, “The Earlier Rule”

sublimity! The Lord of the universe so

humbles Himself that for our salvation

He hides Himself under an ordinary

- Francis of Assisi, “Letter to the Entire Order”

“Hold back nothing of yourselves for

yourselves, that He Who gives Himself

totally to you may receive You totally!”

- Francis of Assisi, “Letter to the Entire Order”

“But we can boast in our weaknesses

and in carrying each day the holy cross

of our Lord Jesus Christ”

“Holy Virgin Mary, among the women

born into the world, there is no one like

you: daughter and servant of the Most

High, mother of Christ, spouse of the

- Francis of Assisi, “Office of the Passion”

to the color of our habits) are one of the three branches of the First Order of St. Francis.

The word conventual comes from the Latin meaning to come together; we live together

(the way a particular group puts faith into action) of the Order: fraternitas and

In his final Testament, Francis rejoiced in the fact that “the Lord gave me some

brothers.” Franciscan spirituality gives primacy of place to the fraternal life of the friars.

From the Conventual perspective, our life in fraternitas is the primary ministry we offer

to the life of the Church. For most religious orders, community life is the means to an

life is an end and ministry in itself.

In a world fallen and fractured, the Franciscan life of

conventual brotherhood—active participation in the

communal decision-making, and the common table—

witnesses to a radically alternative way of living

amidst an increasingly divisive culture.

Minoritas is a characteristic way of following the poor

and humble Christ that urges friars to reject power, to

be subject to all, to serve one another, to be in

solidarity with the most marginalized of society, to

foster peace wherever we go, and to embrace a

The friars of our Order live out their vowed

consecration by serving in the Church as both

The Order of Friars Minor Conventual consists of some 4500 friars,

spread across the globe. For practical management, this worldwide

community is organized into smaller jurisdictions known as

The Our Lady of the Angels Province was founded in 2014, after our two

The Province is named for the chapel of St. Mary of the Angels (aka

Portiuncula), which is one of the churches on the outskirts of Assisi

that Francis rebuilt. The friars of OLA serve in a wide variety of

Continuing the practice of Francis and his first followers: if the work

you do serves Christ and His Church, it’s work you can do as a

WHAT IS IT? An immersion

WHAT IS IT? Studies* and

training for ministry as a

WHERE? Washington, DC or

Reception of the Habit

WHAT IS IT? An intense,

HOW LONG? A year and

Pray. You can’t discern how God is working in your life without talking

with Him about it. Participate at Mass weekly (maybe even daily); try

out Morning or Evening Prayer from the Liturgy of the Hours; spend

some time in front of the Blessed Sacrament. Just…pray.

Meet regularly with a Spiritual Director (think like a guidance

counselor for your soul). Don’t have the first clue how to go about

finding one? Your parish priest or a vocation director can help.

Reach out to our Vocation Director, who is happy to offer guidance

and companionship for your discernment journey.

Arrange a visit to one or more of our

marriage without dating, so how

can you discern religious life

When you—in dialogue with the

to take the risk of following the

Lord’s call, you’ll go through an

lot of paperwork that helps our

community learn about you at a 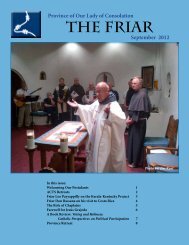 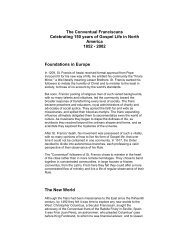 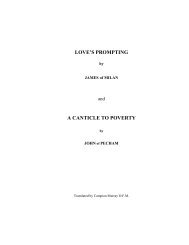 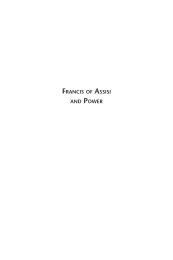 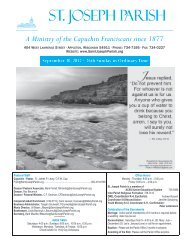