across the country. The Friday night lights and cameras come on and test the mettle of focused

participants. Offseason work is called into question as players get down in the mud, dirt and

grime. New and age-old strategies will be honed and implemented but when all is said and

done it will be all about the fundamentals. It is time for our beloved Stroud Tigers to walk onto

their prospective playing fields and battle district, conference and non-district foes. Our

devoted fans, students, faculty and alumni will gather to witness the progress of our mighty

beginning in the fall. The medicine to appease this smell is to go out and watch one of the

many teams (high school or middle school) battling our opponent on the playing field. Our

athletic programs have been challenged and bars have been set by previous athletic teams.

Tigers. Resting on ones laurels is not a trait exhibited by our tigers. Rising to challenges and

this fall. Just remember, there may be the beautiful red, orange and yellow colors of leaves

Be a STROUD TIGER CHAMPION

and the proud home of the Tigers. We appreciate the passionate support of the fans of both teams and

hope you enjoy your time on our campus and in the Stroud community.

extracurricular activities. To achieve this excellence, we feel it will take all stakeholders working together

to truly make a difference in the lives of our students, in the classroom and in our activities. We challenge

our students, parents, staff, faculty and our entire Stroud community to join us in achieving our vision of

excellence. We have high expectations for our students at Stroud High School.

At Stroud, we believe that extracurricular activities provide students with the opportunity for personal

growth. Teamwork, the mental and physical challenges of training and competition are important life

lessons that will serve our students well into their future. We also understand that participation in

extracurricular activities demands a commitment that involves both dedication and service.

and community. Our students know and believe they are part of something very special here at Stroud.

We hope you enjoy your evening at our facility and the hospitality of our faculty, staff, fans, and

community. We hope tonight will be a positive experience and look forward to you visiting Stroud High

School again in the future.

On behalf of the Stroud Booster Board, I would like to thank each and

Athletic Booster Club. It is only through your generosity that we are able to

do things such as provide meals on trips, senior plaques, senior banners

and All-State jackets. These fine awards are given on your behalf to honor

the kids that play on the same fields that you may have once played, and

we want to make sure that we keep a strong tradition of giving back.

Our school has a tremendous impact on our community, and it has

been blessed to provide amazing academic and athletic facilities. However,

to step in and help.

We would love to grow this membership both in financial donations

and in volunteer participation. You may have a loved one in this school

system now, or you may be like me, with three on their way up. Please take

community. We are looking to add to this team, and we are asking you to

be a part of it today.

Again, we want to thank all of our past and current donors, and we

will continue to ask or maybe even drive you to be a member. I am always

membership or two out of the Sonic Drive In.

Before you Speak: Listen

Before you Spend: Earn

Before you Assume: Ask

Before you Quit: Try

Before you Pray: Believe

Before you Die: Live

The attendant chosen to represent the

daughter of Adam and April Collins.

She is active in Basketball, Cheer,

Her escort is Brady Nichols. He is the

son of Rick and Brittney Nichols. He is

The Sophomore attendant is

and Alison Edwards. She has been

active for two years in Basketball,

Her escort for the evening is Stetson

Bunyard, the son of Chad and Carlene

Bunyard. He has been active for 2

The Junior attendant is Brynlee Wages.

She is the daughter of Seth and Angie

Wages. She had been active for 3 years.

and 2 years in Cross Country.

Her escort for the evening is

Bryce Hughey, the son of Jason and

Angie Hughey. He has been active for

The Senior attendant is Macey Morris,

daughter of JP and Brandy Morris. She

has been active for four years in Softball,

currently holds the position of Student

Her escort is Chasen Neuman. He is

the son of Leo Neuman and Tonya

Ziese. He has been active for four

years in Football, Basketball, and

Track. For two years he has been active

Lani Hensley. She is the

Hensley. She is the

granddaughter of Jeff and

Lani has been active in

Lani’s escort for the evening is Blake Parrick. He is the son of Daniel and Kaila

Parrick. Blake has been active for four years in Football and Baseball and for two

years he has been active in Basketball, NHS, FCCLA, JCC, FCA, and FFA.

High School All American in

Athlete of the Year

Basketball Player of the Year in Oklahoma

Oklahoma Athlete of the Year

No play, No score,

toward toe for kicking)

Illegal use of hands/arms

Illegal use of hands

So is getting paid to bank! Ask about a

Have a great season, Tigers!

Some restrictions may apply. Member FDIC 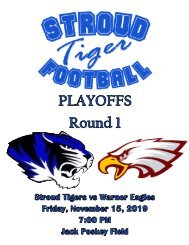 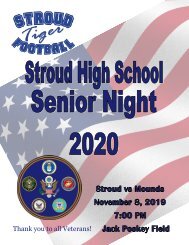 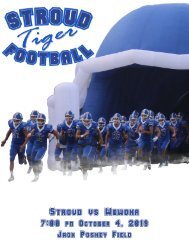 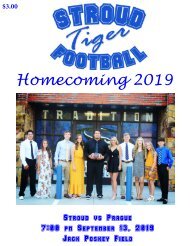 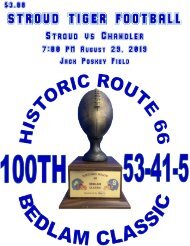 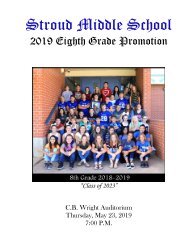 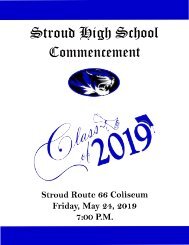 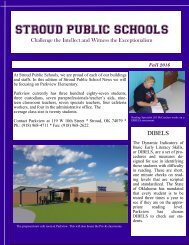 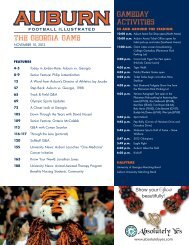 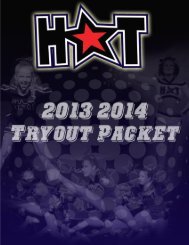 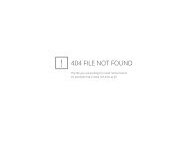 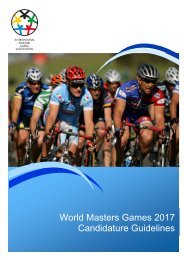 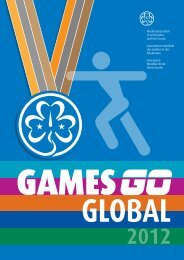 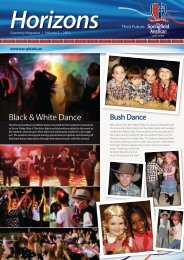 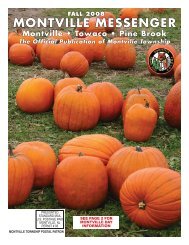 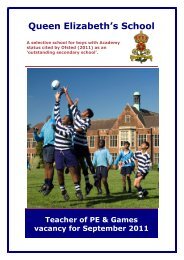 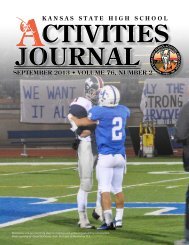 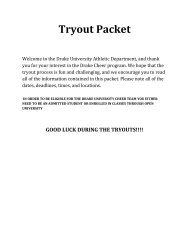 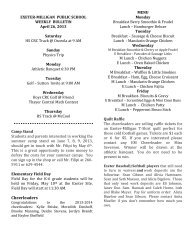