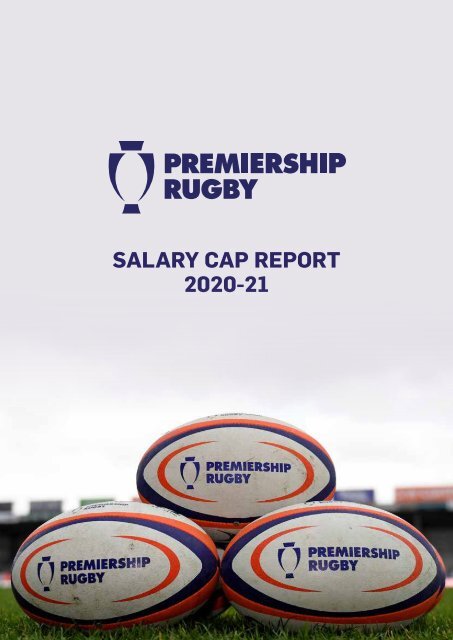 04 HISTORY OF THE PREMIERSHIP RUGBY

OF THE SALARY CAP

strategic framework and is supported unanimously by all 13 Premiership

Established in 1999, the Salary Cap framework is under constant review but in

of greater transparency, to broaden and deepen visibility and scrutiny about how

the Salary Cap operates in practice. This report, which covers the season 2020-21

is borne from his recommendations and will become an annual publication.

It was very sad to hear of the passing of Lord Myners earlier this year. Premiership

into the review. We believe that through his report and recommendations he has

helped us continue to operate a world-leading system.

This Report provides information about the operation and management of

team at Premiership Rugby via communications@premiershiprugby.com

HISTORY OF THE PREMIERSHIP

As a collective, Premiership Rugby and its Clubs led the way in England

following objectives in a proportionate manner:

of the Regulations. The Independent Panel, chaired by Lord Dyson, rejected the

challenge and in setting out its conclusions, the Panel noted that the Salary Cap

operates in a pro-competitive manner by promoting the system’s objectives.

This decision and the Panel’s strong endorsement for the Salary Cap, presented the

perfect springboard to undertake an extensive review of the Salary Regulations.

As stated above Lord Myners led a comprehensive review of the Salary Cap,

included a public consultation and meetings with every Premiership Club, the RPA

the new system which started during the 2020-21 Salary Cap Year.

of money a Club can spend on Player salaries. The restriction is on the total

squad spend, not on individual salaries. The level of the cap is determined by the

senior squads. A number of relief mechanisms are available to Clubs including

credits, injury dispensations and other allowances that are excluded from the

The Clubs are actively involved in the development of the Salary Cap. The level

support any proposal. In the last few seasons, these have been unanimous across

the Clubs. There is also a Salary Cap Sub-Committee that includes representatives

from five Clubs, as well as the Salary Cap Director and the Rugby Director, who

review the Regulations and make recommendations to the Investor Board for

OF THE SALARY CAP

“Participants” have a shared responsibility to support in the compliance

of the Salary Cap. These now cover, not only the Club itself, but also, its

shareholders, directors, employees and Players, as well as Agents. All of

“Each Participant agrees to act honestly, with integrity and in

accordance with the spirit of the Regulations”

There is also a strict obligation on all Participants to:

• Provide true and accurate information to the Salary Cap Director

Failure to Co-operate is now a serious offence under the Regulations.

some key requirements that take place at specific times. These are:

year signed off by the Chair, CEO, FD and Director of Rugby.

certification for the previous year signed off by the Chair, CEO, FD

and Director of Rugby.

confirmation of current and previous season income and other

relevant information provided by each Player.

Director. This includes obligations on both the Club and Players.

• Player, Agent and Club Education (July to August) – all

Participants receive education on the Salary Cap and how it

Every Club is subject to an Annual Audit, which is carried out by PwC, as

submissions to ensure that all stipulated costs are included. Whilst the audit

focuses on the previous season, the Regulations allow the accountants and the

Salary Cap Director to look back at compliance over a 5 year period.

The accountants performed the audits on-site at Clubs; liaising with Clubs’ finance

teams and reviewing a wide range of documentation including; Player contracts,

ledgers. During the audit they have full access to each Club’s accounting systems.

Players and the Chief Executive Officer at every Club.

for review. This enabled greater insight and scrutiny of Player income, helped

In addition to the Annual Audit, the winner of the Gallagher Premiership is subject

to an Extended Audit, undertaken by PwC’s Forensic Services Team. In line with

the additional powers provided as part of the Salary Regulations 2020-21, this was

the first season in which an Extended Forensic Audit was completed.

As 2020-21 winners, Harlequins was the first Club to be subject to an Extended

The Extended Audit uses forensic technology to analyse the communications

application of the Salary Regulations at the Club.

This Extended Audit covers both the Club and Players.

Email records from selected Club Officials during a stated timeframe were

obtained and reviewed, and the mobile phones of selected Club Officials were

(from the emails and mobile phones, including WhatsApp messages), in order

to identify information within the responsive documents that indicated areas

of potential relevance to the Salary Regulations. The documents deemed as

potentially relevant were then reviewed by the Salary Cap Director.

respect of any relevant documents.

of the Club’s best paid Players. In addition to this, the Salary Cap Director

interviewed at least five of the Club’s Players.

process. There were no adverse findings coming from this Extended Audit that

would impact upon the Club’s compliance of the Salary Cap.

Harlequins and their Players should be commended upon their approach, support

and full compliance towards this new provision within the Salary Cap.

Director, the results are communicated to each Club. The data provided in this

report comes from these certified values. Whilst these audits do confirm a final

position to each Club, the Salary Cap Director still has the ability to amend the

values if new information comes to light within a 5 year window.

reduced salaries throughout the 2020-21 season. On average, reductions were

set at 25% of total salary, however a number of Clubs chose to set a floor value

for COVID-19 enforced salary deductions, for example £25,000 and therefore,

protecting the lowest earners at the Club. Therefore, the data reflects the amounts

actually paid rather than the full pre-COVID-19 contractual amounts.

The following section provides insights into Salary Cap spending across the

Premiership Clubs during the 2020-21 season. The Salary Cap Year runs from 1

The Total Cash Spend in the Senior and Academy Salary Caps are detailed below.

Total Cash Spend is the spend by all 13 Premiership Clubs to employ their Players,

which is counted in the Salary Cap. This includes all payments from Clubs (and

costs attributed to employing Players such as Employer National Insurance

contributions and agents fees. The total numbers of Players contributing to Club

Cost in the Senior Salary Cap is 607 and in the Academy Salary Cap 263. These

season and ex-Players who received payments during the Salary Cap Year.

Premiership and European matches through the course of the season. This may

pandemic, with the league being suspended on 16 March 2020 and restarting on 14

August 2020. As a result of this suspension, Clubs saw numerous Players depart

and new Players join during the course of the 2019-20 season, which resulted in an

increased average number of Players used (59), as shown in the graph below. The

the trend of the number of Players used.

Two terms referred to in this report are “Total Salary” and “Player Income”. “Total

Player’s Connected Party. It also includes remuneration that has been paid or is

relating to a Player. “Player Income” is not defined in the Regulations, but is

used in this report to describe the package that the Player receives, it does not

comparable with the other seasons. To avoid skewing the data, Players earning less

than £30,000 per year have been excluded, as for Players on short-term contracts

earning less than this amount it may not be reflective of their full season value. The

season. Where a Player has played multiple positions during the season, the data

he has played the most number of minutes in Premiership matches.

The graph below shows the average Player Income by Position. The highest paid

position is Fly-Half, with an average income of £175,679. The highest paid Forward

is Lock, with an average income of £158,617. The lowest paid Forward is Hooker

with an average income of £113,115 and lowest paid Back is Scrum-Half with

£117,912. In the graph below, Forwards are shown in light blue and Backs in dark

The graphs below show in more detail the distribution across salary bandings.

The arrows by each graph indicate the average for each position.

The graphs below detail Senior Player Income by age in the 2020-21 season.

Player age is as at 1 July 2020. The age banding with the highest average income is

The graphs below show in more detail the distribution across salary

bandings by age. The arrows by each graph indicate the average for each age.

2020-21 season. Premiership experience is defined as the number of Premiership

appearances. It should be noted that Players in the category ‘0 Premiership

Appearances’ can be further split into two categories, those who have joined

a Premiership Club from a Club abroad and those who have not (i.e. academy

graduates). Players who have joined from abroad and have 0 Premiership

who have not come from abroad.

2020-21 season. International experience is defined as the number of international

caps as at 1 July 2020. The graph shows a trend of increased income with more

international caps, with the biggest increases coming between the bands of 0 caps

Clubs are entitled to nominate up to two Players to be Excluded Players.

Remuneration paid to Excluded Players is excluded from the Salary Cap. A Player

is only permitted to be nominated as an Excluded Player if he:

• is new to the Premiership;

• has always been at his current Club; or

• has been with his current Club for at least 2 full Salary Cap Years.

are not always the highest paid Players, the average income of the top 24 earners

not in the top 24 earners. One Club did not nominate any Excluded Players for the

ARE NOT IN THE

maximum of £600,000 per club, which incentivises Clubs to retain home grown

talent. A Player qualifies as a Home Grown Senior Player if he has been a Player at

Years prior to the current one.

Clubs are able to claim credits of £40,000 for each Player classed as a Senior EPS

Player, who has been nominated by the RFU to be a member of the Annual Senior

for Club matches due to being away with England or their International team.

Each Club is entitled to nominate up to two Excluded Players; the remuneration

paid to those Players is excluded from the Salary Cap. 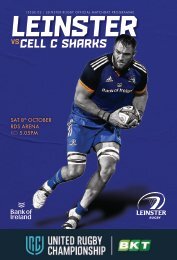 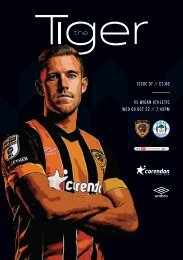 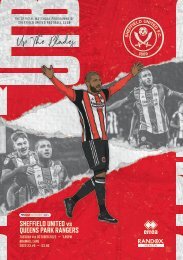 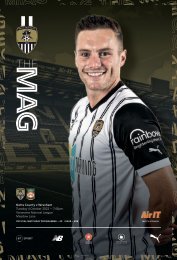 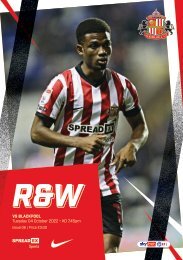 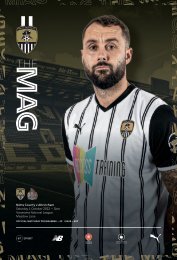 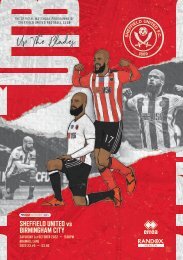 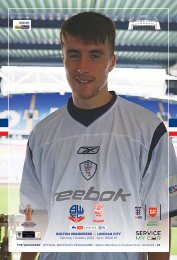 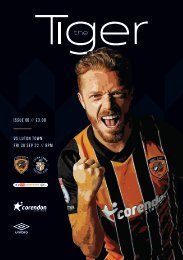 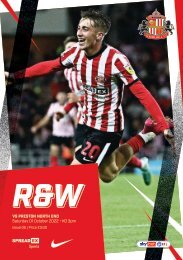 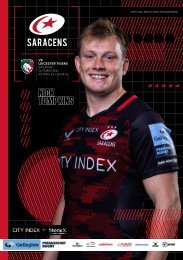 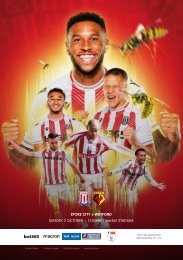 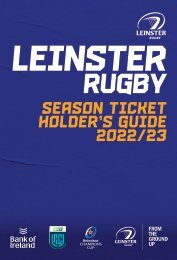 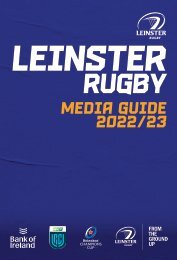