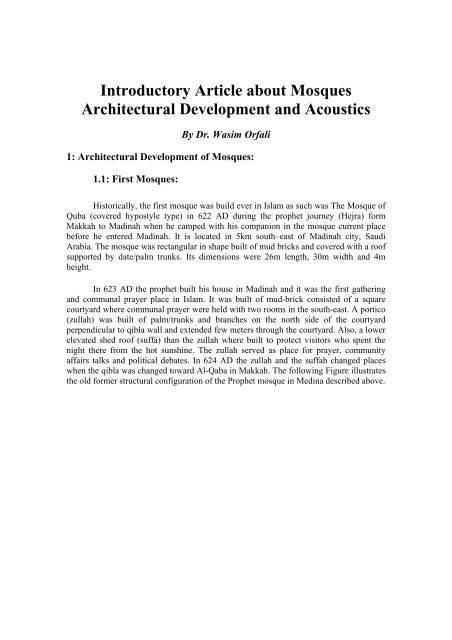 Historically, the first mosque was build ever in Islam as such was The Mosque of

before he entered Madinah. It is located in 5km south–east of Madinah city, Saudi

Arabia. The mosque was rectangular in shape built of mud bricks and covered with a roof

supported by date/palm trunks. Its dimensions were 26m length, 30m width and 4m

and communal prayer place in Islam. It was built of mud-brick consisted of a square

courtyard where communal prayer were held with two rooms in the south-east. A portico

perpendicular to qibla wall and extended few meters through the courtyard. Also, a lower

night there from the hot sunshine. The zullah served as place for prayer, community

affairs talks and political debates. In 624 AD the zullah and the suffah changed places

when the qibla was changed toward Al-Qaba in Makkah. The following Figure illustrates

the old former structural configuration of the Prophet mosque in Medina described above.

Figure 1 The old former structural configuration of the Prophet mosque in Medina.

The Holy Mosque in Makkah was not converted to a mosque at that time. It was

1.2: Emerging of Basic Elements of Mosques:

lecturing, and Quran recitations. All activities performed in mosques are related to

speech audibility and intelligibility. Compared to Churches, a good understanding of the

speech and Quran recitation is required. Therefore, the design of their acoustical features

consideration if good listening conditions are to be achieved. In old churches,

not forced to understand. On the other hand, Quran recitation in prayer, public speaking,

carried in Arabic language and have to be understood by the worshippers.

Prophet Mohammed Mosque formed a model for the subsequent mosques

throughout the Islamic world in its combination of basic elements (Qibla wall, Mihrab,

Minaret, Minbar). These mosques have been influenced by the subsequent civilizations in

parts of the Islamic world. The main functions of each of the basic element are still the

same up to nowadays.

Mihrab literally means “praying niche”. It is the most important feature in the

mosque and it’s the center point of the qibla wall. It is semicircular in plan having a

semicircular arched top all inserted in the qibla wall. It indicates the direction of prayer

stone was replaced by a Mihrab. The second important feature is called Qibla wall

literally means “facing wall”. It is the wall facing Makkah and it’s the most decorated

part of any mosque. This wall contains a Mihrab in its center and a the third element

called Minbar ,commonly an elevated floor to the right of the Mihrab, as illustrated in

Figure 2 and Figure 3.Unlike in Holy Haram in Makkah, worshippers form parallel lines

subsequent article). The qibla wall perpendicular to the imaginary line that point to Al-

Qaba in Makkah. Such a wall is not exist in The Holy Haram in Makkah where

Minaret. Minaret literally means “slender tower with balconies”. It was added to the

prayer (adhan)) could be heard at far away distances. This remarkable addition was in

towers according to the wishes of Califa Muawiya.

house, but a wooden Minbar with three steps where added later to the main construction

be more visible and audible to the worshippers when they are in large number. It was an

make the Imam voice heard better and to be more visible for a lager number of audience.

Figure 2 Mihrab of the Imam.

All these basic elements (qibla Wall, Mihrab, Minbar, Minaret) are important in

the mosques construction and design throughout the Islamic world. Figure 3 shows the

(Minaret will be an external feature constructed as a square tower).

Figure 3.Basic elements of a mosque and there orientations within the mosque space (constructed

and churches in the same time. While Churches can be classified architecturally to two

mean groups and 6 subgroups, Mosques may be classified primarily according to their

construction style to two main types. The reason for that is a different acoustical

requirement as a result of different religious activity. Mosques might be classified as

Traditional mosques are classified according to their architectural form and

configuration .Some of these mosques have an important religious value and their

internal and external construction can not be manipulated to optimize the sound behavior.

time of the prophet. First, covered Hypostyle Hall with a roof supported by trees palms.

type is used for Daily prayers, Friday Prayers and political debates to be held under the

covered haram roof. Finally, the third style is called a Marked out Open Area used for a

The first subtype is called Major landmark structure. This type is architecturally

designed to provide a “landmark” fulfilling their social function(s).It dominates the

townscape and affects the order of space in the urban environment. They can occupy

The second subtype is called Large state Mosque. This type of mosques are

3000 worshippers. They are usually built by the state government expressing the

commitments of the government to Islam.

The third subtype is called Communities Mosques. These mosques are distributed

Daily Prayers. They may accommodate additional faculties like a library, meeting rooms,

clinic, etc. They also can accommodate minimum 300 worshipers and maximum 1000

Finally, the last subdivision is called Small Local Mosques. They are of modest

prostrating, or sitting behind the Imam all looking toward the qibla wall , on the same

floor level, aligned in rows parallel to the qibla wall with distances around 1.2 m apart

between each line. Individual prayer can be described as having the same worshipping

acts as the Group prayer, but performed individually.

the prayer-performing mode), and (b) is a top-view plan showing the source–receiver path (i.e.

floor. The listening domain for seated worshipers is believed to be 0.8 m.

The study of mosque acoustics, with regard to acoustical characteristics, sound

quality for speech intelligibility, and other applicable acoustic criteria, has been neglected

in the last 50 years. Unfortunately, dealing with acoustic in mosques comes in a later

stage after finalizing the construction of such buildings.

Sinan's Mosques Acoustics) and they are dated back to the last 6 years[11,12]. In this

project, acoustical measurements by means of objective identification and evaluation

Hagia Sophia have been conducted. Furthermore, Comparison between In-situ recordings

and Auralizations for some of these Mosques and Byzantine Churches was, also, within

the context of this project. Also, an investigation of the effect of the Byzantine churches

architecture on the Sinan’s structural design was one of the main aims in this project.

characteristics of individual mosques. A remarkable work has been done in evaluating

and treating some acoustical parameters in King Abdullah Mosque in Amman, Jordan.

The treatment pressure involved changing the wall material, carpet and doubling the

window thickness to block the outside noise and increase intelligibility. Almost all of

acoustical parameters of mosques (Traditional and contemporary mosques) evaluated the

evaluate lack of absorption treatment and volume), S/N (Signal to noise ratio to get a

better view of the background noise), Articulation index (to evaluate the intelligibility),

acoustical treatment and to get better acoustical characteristics in mosques.

The study of mosque acoustics, with regard to acoustical characteristics, sound

quality for speech intelligibility, and other applicable acoustic criteria, has been neglected

in the last 50 years. Unfortunately, dealing with acoustic in mosques comes in a later

stage after finalizing the construction of such buildings.

In literature, no series of development of acoustic in mosques that can be

been mentioned earlier. Three techniques were used and worth mentioning in the field of

mosques acoustics; the addition of the Mihrab which has concaved shape to ensure a

Prayer mode. The use of the Imam Minbar was in order to improve the maximum sound

coverage distance inside the mosque. Also, the Minaret was introduced in 673 AD to

could be heard at maximum distance possible in the area around the mosque.

Nowadays, after the rise of new modern Electro-Acoustical techniques good

designed mosques by an acoustical expert are benefiting from them. Also, computerbased

programs were helping in designing, analyzing and simulating the sound system

behavior of mosques in a more efficient way. Although, these assisting tools have

appeared, some mosques with an important religious and spiritual values are not

benefiting from them the way they are suppose to. The People responsible about sound

system insulation in mosques think that it will take only couple of speakers, wires and

amplifiers and it will sound “RIGHT”. That is why in most mosques designs we notice

distribution without using delay boxes what results in echo and low level of intelligibility.

Also, because of the wrong placing of speakers and microphones the phenomena of

feedback is common in mosques. Furthermore, Mosques are, in general, rectangular in

shape with a lot of parallel walls and a central dome with several smaller ones; such a

of parallel walls) is a fact and sound focusing (as a result of the domes) is possible. Both

Also, most of the modern designed mosques and some of the old

“Traditional” large untreated volumes have sound-reflecting finish materials on all

surfaces, except the floor area which is usually carpeted. They have wooden doors and

large single glazed windows. Noise level is high due to environmental noise such as:

from industrial areas. All these features and environmental noise factors contribute in

some way or another in decreasing the intelligibility level inside mosques .A field

measurements in 30 mosques in Amman, Jordan have concluded after conducting

As have been illustrated above, in worship spaces like churches much work have

been done in studying, analyzing and optimizing the sound system of such places. There

new space or improvement of an older one. No comparable efforts have been put in

mosques. So, subsequent articles following to this introductory article is intended to

study, analyze and optimize the Sound Systems and the existing room-acoustic

parameters in mosques and adding acoustical design of future mosques.

Introductory Article about Mosques Architectural Development and Acoustics By Dr. Wasim Orfali 1: Architectural Development of Mosques: 1.1: First Mosques: Historically, the first mosque was build ever in Islam as such was The Mosque of Quba (covered hypostyle type) in 622 AD during the prophet journey (Hejra) form Makkah to Madinah when he camped with his companion in the mosque current place before he entered Madinah. It is located in 5km south–east of Madinah city, Saudi Arabia. The mosque was rectangular in shape built of mud bricks and covered with a roof supported by date/palm trunks. Its dimensions were 26m length, 30m width and 4m height. In 623 AD the prophet built his house in Madinah and it was the first gathering and communal prayer place in Islam. It was built of mud-brick consisted of a square courtyard where communal prayer were held with two rooms in the south-east. A portico (zullah) was built of palm/trunks and branches on the north side of the courtyard perpendicular to qibla wall and extended few meters through the courtyard. Also, a lower elevated shed roof (suffa) than the zullah where built to protect visitors who spent the night there from the hot sunshine. The zullah served as place for prayer, community affairs talks and political debates. In 624 AD the zullah and the suffah changed places when the qibla was changed toward Al-Qaba in Makkah. The following Figure illustrates the old former structural configuration of the Prophet mosque in Medina described above. 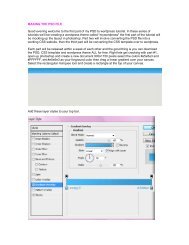 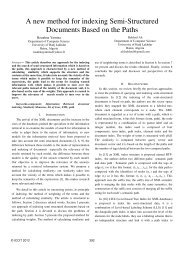 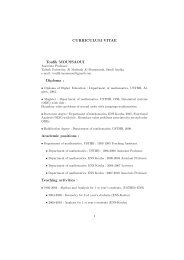 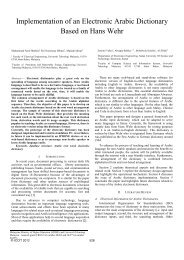 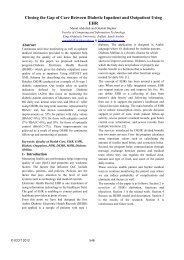 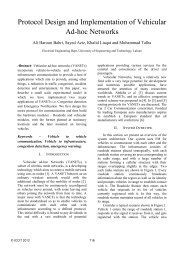 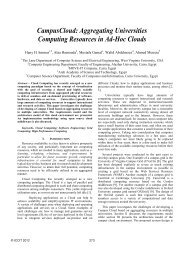 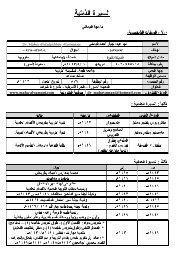 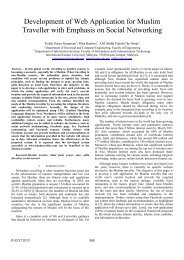 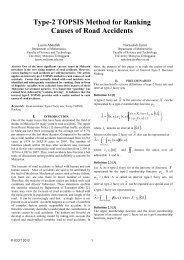 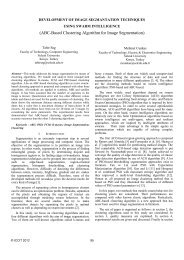 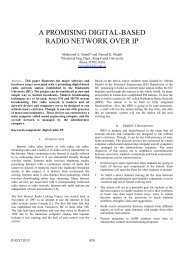 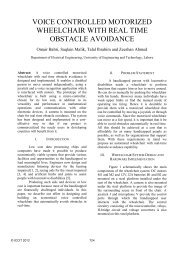 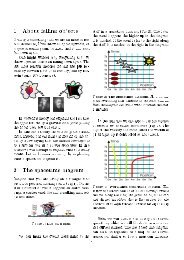 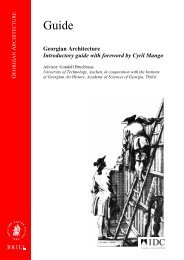 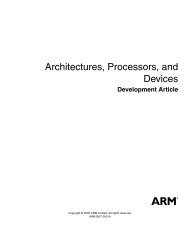 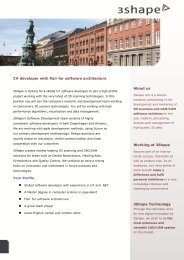