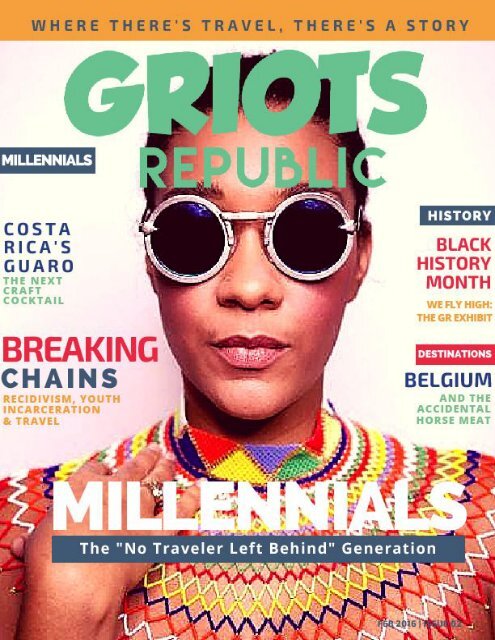 Issue #2: Millennials The "No Traveler Left Behind" Generation.

Havana and Trinidad. Both places are really great and of

course Trinidad is much smaller. I would wake up early in

the morning when no tourists were on the street and only

Cubans were active. The light is great in the morning and

the place looks much better with no tourists.

GR: How did the picture that is now our logo for Griots

Cuban city of Trinidad early in the morning. I remember like

it was yesterday. The old man was standing in front of his

cigar. I said to him “hello” and started a conversation.

a good portrait of a stranger. First you have to talk with

them, to relax them and to gain their confidence. After that,

way. The guy was very friendly and I asked him about his

cigar. I asked him where he bought it. He was smiling and

told me that he made it for himself. After that, I asked him if

I could take his portrait and he was ok with that. The light

was perfect and I just asked him to smoke his cigar. He was

so natural and I did a great job.

GR: Is there a particular photographer who has inspired

your work to date? In what other ways do you use your

In the past 10 years, one of my biggest inspirations has been

Annie Leibowitz. She is such a talented artist. Her work is so

easy, but so different. She uses great studio settings where

the main object is a canvas backdrop. This was inspiratio n

elsewhere. Now my company is world famous with

photographers. At one point in time I worked for Playboy

and did a great story about our prime Minister where he

was talking about wine production and not politics. I also 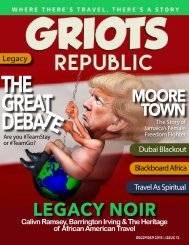 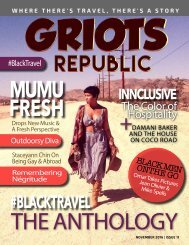 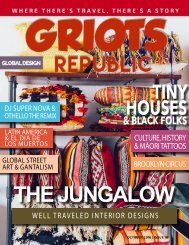 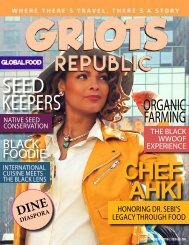 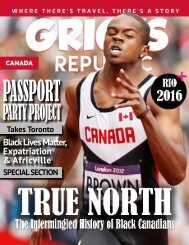 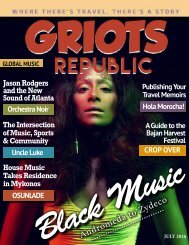 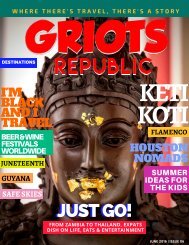 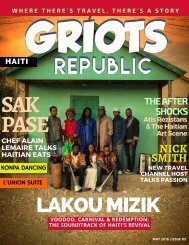 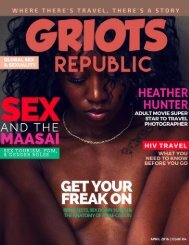 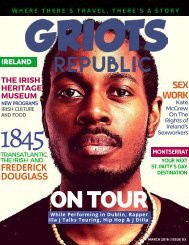 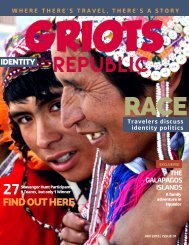