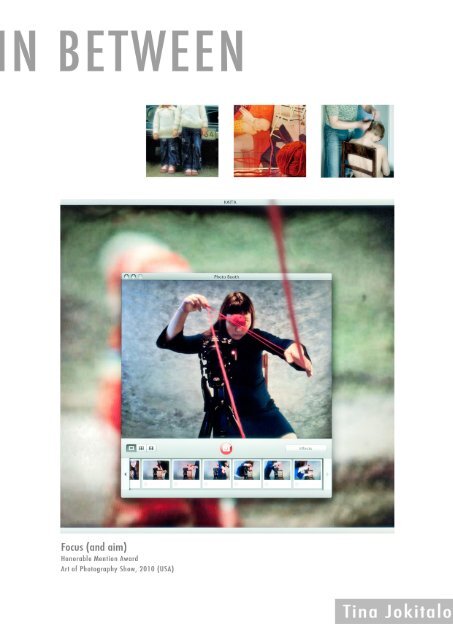 From the past, a frozen moment in time, depicting a framed reflection, the

purpose of its existence. In what dimension does it live? What is a memory in

family album. I asked the questions, what did I, as a third culture generation

inherit and what arises out of it. What is home?

Tina Jokitalo was born in Sweden and lived there for most of her childhood. Her

This video is a collection of photographs from a family album and 8mm film, it

view, with echoes of the past. Rootlessness and a sense of non-belonging have

driven me to look into my past, in order to understand it ś legacy.

Volvo is more than just a car, it symbolically represents success and the ability to

take root in a foreign and a new native country. It is about a matter of pride,

where the car is as important, as the children in the photo album.

The photographs of me and my little sister were taken by my father in 1974, -75

and -77. In between, we see 8 mm film glimpses of the every year vacation from

Sweden to Finland, when Abba was playing on the car cassette player.

The length of this video is the same length as the song “Money, Money,

Between the lines of pixels, encompasses the past, today and the moment

of the capture. Diving in between realities. It is the urge to understand

something that is intended but not expressed. The past is written in light, the

visual documentary gives statements to my memories. But what is real and

what is illusion? What does the red thread reveal?

I wanted to play with the visual reality of the photography. I photographed

myself with the camera in front of the screen of my computer. The only real

physical object that is appearing between the screen and the digital

camera is the red thread I am pulling, attached with tape on the screen.

is viewing. In the background of the ‘photo booth’-window, I had opened

the dvd-player ś window and during the photo session, I let the dvd play in

slow-motion the 8mm film called KAITA (from my childhood).

“Complicated pictures that push the boundaries of traditional photography,

camera on her computer, are a welcome surprise.”

What is home? Can we separate the concept of family from their physical

home? I wanted to capture the everyday life within four walls and at the

same time mirror the questions that awoke when looking at photographs

from my own childhood family album.

Frida likes to play home in her room

The heart of the home

Frank also likes to play - something else than home though

A princess is a bride when wearing a veil

I present a journey in a new light. Weaving a net, enlightening life in

photographs and memories, by staging a story on the stage of a scale