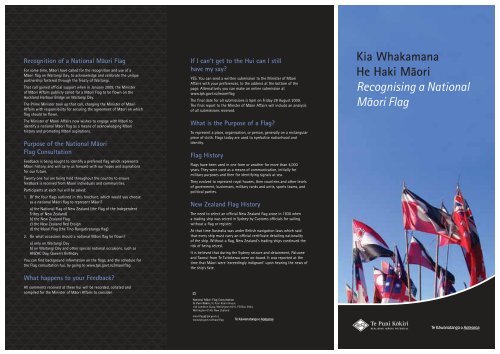 Recognition of a National Mäori Flag

For some time, Mäori have called for the recognition and use of a

Mäori flag on Waitangi Day, to acknowledge and celebrate the unique

partnership fostered through the Treaty of Waitangi.

That call gained official support when in January 2009, the Minister

The Prime Minister took up that call, charging the Minister of Mäori

Affairs with responsibility for securing the agreement of Mäori on which

flag should be flown.

identify a national Mäori flag as a means of acknowledging Mäori

Purpose of the National Mäori

Feedback is being sought to identify a preferred flag which represents

Mäori history, and will carry us forward with our hopes and aspirations

Twenty one hui are being held throughout the country to ensure

feedback is received from Maori individuals and communities.

Participants at each hui will be asked:

1. Of the four flags outlined in this brochure, which would you choose

as a national Mäori flag to represent Mäori?

b) the New Zealand Flag

2. On what occasions should a national Mäori flag be flown?

a) only on Waitangi Day

b) on Waitangi Day and other special national occasions, such as

You can find background information on the flags, and the schedule for

the Flag consultation hui, by going to www.tpk.govt.nz/maoriflag

What happens to your Feedback?

All comments received at these hui will be recorded, collated and

compiled for the Minister of Mäori Affairs to consider.

If I can’t get to the Hui can I still

YES. You can send a written submission to the Minister of Mäori

Affairs with your preferences, to the address at the bottom of the

page. Alternatively you can make an online submission at

The final date for all submissions is 5pm on Friday 28 August 2009.

of all submissions received.

What is the Purpose of a Flag?

To represent a place, organisation, or person, generally on a rectangular

piece of cloth. Flags today are used to symbolise nationhood and

Flags have been used in one form or another for more than 4,000

years. They were used as a means of communication, initially for

military purposes and then for identifying signals at sea.

They evolved to represent royal houses, then countries and other levels

of government, businesses, military ranks and units, sports teams, and

without a flag or register.

At that time Australia was under British navigation laws which said

that every ship must carry an official certificate detailing nationality

of the ship. Without a flag, New Zealand’s trading ships continued the

risk of being seized.

It is believed that during the Sydney seizure and detainment, Patuone

and Taonui from Te Taitokerau were on-board. It was reported at the

time that Mäori were ‘exceedingly indignant’ upon hearing the news of

(Flag of the Independent Tribes) 1

When James Busby arrived as British Resident in 1833, he suggested

that a New Zealand flag be adopted.

Aside from solving the problems with trans-Tasman trade, Busby also

saw the flag as a way of encouraging Mäori chiefs to work together,

paving the way for some form of collective government.

Henry Williams, a senior missionary of the Church Missionary Society

and former lieutenant of the Royal Navy.

Flags their choice fell, and their votes were taken down by a son of

one of their number who has been educated by the Missionaries,

and who with several others appeared on this occasion respectably

I was glad to observe that they gave their votes freely, and appeared

to have a good understanding of the nature of the proceeding.

greatest number having proved in favour of the Flag previously

of New Zealand, and having been immediately hoisted on the Flag

New Zealand, and served as the official flag of New Zealand until

replaced with the British flag, the Union Jack.

3 Ministry of Culture and Heritage.

The New Zealand Flag is the symbol of the realm, government and

Its royal blue background symbolises the sea and sky around us. The

The New Zealand Flag may be flown on any day of the year. It is

particularly appropriate to fly it on days of national significance, such as

Anzac Day, and on other important occasions.

Firstly, it is one of the flags authorised to be flown by New Zealand

ships. Secondly, it was a common gift to Mäori from Queen Victoria or

When the Red Ensign was used to reward or thank Mäori, a hapu or

ancestors name was worked into the design. Red was often preferred by

Mäori for its properties of ‘mana’ or rank.

is still provided for today.

A specific provision in the Flags, Emblems and Names Protection Act

1981 permits Mäori to adapt the flag (by adding words or emblems).

of significance to Mäori. 3

This is perhaps the most recognised Mäori flag in New Zealand.

Most of the entries however, were considered inappropriate because

The only flag that met the criteria of recognising Mäori history,

the explanation to the design (below).

After some revision by other members of Te Kawariki, the

final version was eventually approved as the winner of the

competition and unveiled as the national Mäori flag, at Waitangi,

on Waitangi Day 1990. It has also become known as the ‘Tino

Black represents Te Korekore, the realm of potential, the heavens,

the long darkness from which the world emerged. Black also

White represents Te Ao Märama the realm of being, the world of

Red represents Te Whei Ao, the realm of coming into being. Red

forest, land, and gestation. Red is the female element,

Papatuanuku, the earth mother, the sustainer of all living things.

The Koru (the curling frond shape) represents the unfolding of

new life, rebirth, continuity, renewal and hope for the future. 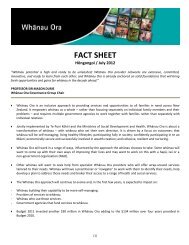 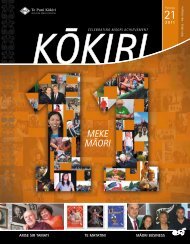 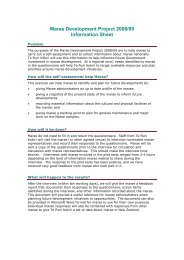 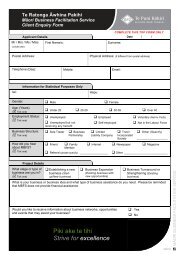 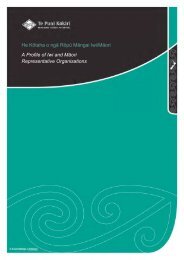 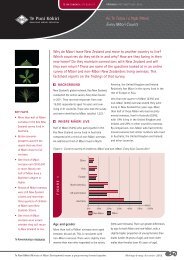 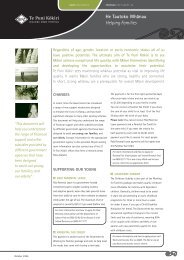 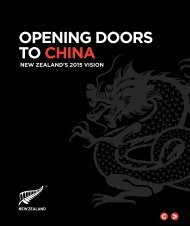 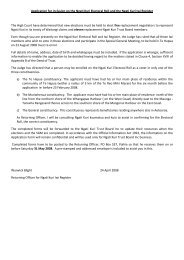 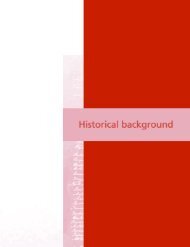 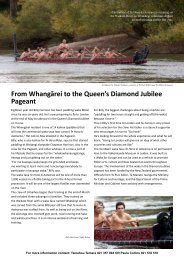 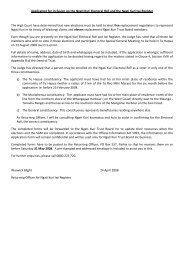 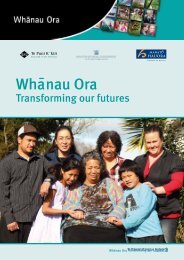 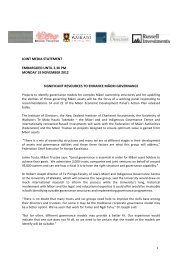 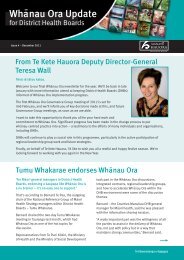 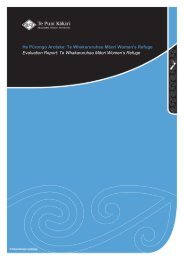 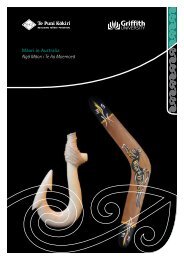 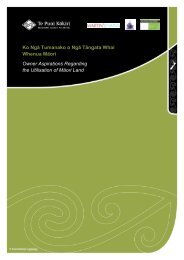 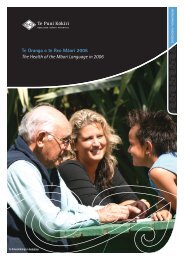 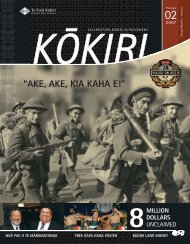 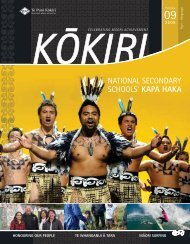 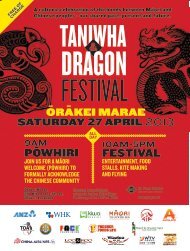 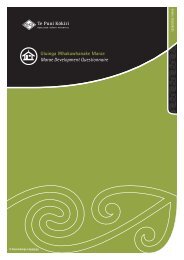 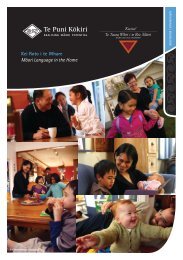 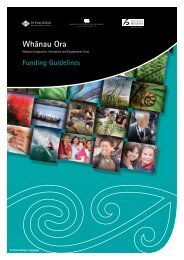 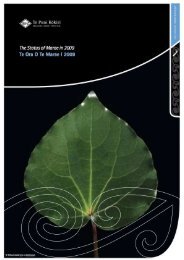 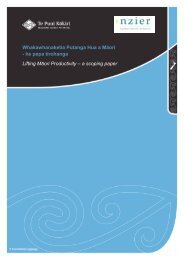