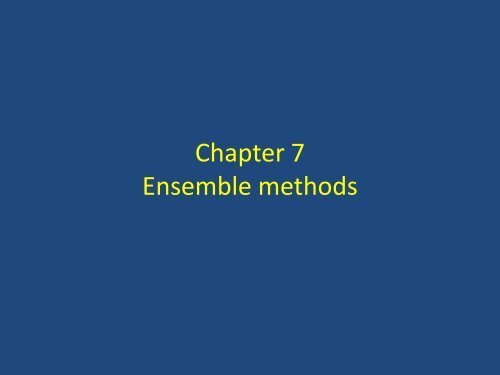 Each of the following introduces some

error into the modeling process

• Specification of the lower-boundary conditions

• Numerical approximations to the equations

The sum of the errors can be very case/date

The essence of ensemble prediction

different arbitrary choices for the previous

• This “samples the uncertainty space”

associated with the modeling process, to see

how this uncertainty projects onto the

prediction for hurricane Katrina, from the ECMWF

ensemble prediction system. The heavy line is from the

forecast) – there is one forecast state of the

atmosphere, and the user has no information

about the confidence we should place in it.

– One part of the model grid compared to others

– we get a better forecast of the most probable

conditions, and we get uncertainty information

• 1) The mean of the ensemble of forecasts is generally

more accurate than the forecast from an individual

member, for a large number of forecasts.

• 2) The spread or variance or dispersion of the

ensemble members can be related to the uncertainty

in the ensemble mean.

• 3) The probability distribution (or density) function

• 4) Quantitative probabilistic products can be moreeffectively

that is superior – “consensus forecasting”.

– When models agree…good confidence in forecast

• Running many parallel models is computationally

• Must use coarser horizontal grid increment for

the ensemble, than you would use for a single

• If you increased the grid increment by a factor of

4, how many ensemble members could you run

with the same hardware?

• Running many parallel models is computationally

• Must use coarser horizontal grid increment for

the ensemble, than you would use for a single

• If you increased the grid increment by a factor of

4, how many ensemble members could you run

with the same hardware?

The spread among ensemble

• The “x” shows the ensemble mean at each time.

• Solid line shows the “trajectory” of the initial mean of the ensemble.

Another way of looking at day-to-day variability in predictability

that can be captured by ensemble methods: Temporal variability

• Initial-condition uncertainty – how should it

• With sequential data-assimilation systems, where the

model forecast is used as a first-guess in the next cycle,

models to construct the ensemble - make sense if the

models are already being run for the same geographic

individual models, and then combining the multiple

sets of ensemble members into a single ensemble.

• The ensemble mean – can be verified the same

way as a deterministic forecast.

important attribute of ensemble forecasts of

dichotomous events (ones that occur or do not

occur at a grid point or over an area)

where the forecasted probability of occurrence of an event was p f . Of

those events, what was the observed frequency of occurrence p o ? Do this

for all the different thresholds in the forecast probabilities, and plot as

An example of a real reliability diagram

• The ensemble mean – can be verified the same

way as a deterministic forecast.

• Define the bias of ensemble predictions

• For a specific variable and location of an

observation, take the ensemble forecast for

that variable at that location and rank-order

the forecasts from each of the members.

• Then define the n+1 intervals that are

and 5 intervals, for variable P

For this location and

lower than any of

the forecast Ps and

• Follow the same process for all other pairs of

observations and forecasts at this time.

• Calculate the total number of observations in

each of the five intervals, or ranks, and plot a

histogram of the frequency.

• This provides a graphical view of how the

ensemble of forecasts relates to the observations.

• A non-uniformity in the distribution reveals

systematic errors in the ensemble.

• Over-forecasting bias – Observations tend to fall in the

lower intervals of the ensemble. Forecast values are

the upper intervals of the ensemble. Forecast values

are generally too low.

• Under-dispersion – Observations tend to fall in the

upper and lower intervals. Forecasts are too similar to

• Over-dispersion – Observations tend to fall in the

center intervals. Forecasts are too dispersed.

visibility or wind speed at an airport, pick a

members above and below the value, and

translate to a probability.

Probability of winds exceeding threshold is 60%

• Calibration is a post-processing step that removes the bias

from the first and possibly the higher moments.

• Calibration is important because it:

– provides improved estimates of the probabilities of extreme

of the uncertainty in the forecast of the ensemble mean.

• A history of observations and ensemble forecasts is needed

to perform the calibration.

• Historical archives of operational forecasts are not ideal for

• Calibration is a post-processing step that removes the bias

from the first and possibly the higher moments.

• Calibration is important because it:

– provides improved estimates of the probabilities of extreme

of the uncertainty in the forecast of the ensemble mean.

• A history of observations and ensemble forecasts is needed

to perform the calibration.

• Historical archives of operational forecasts are not ideal for

this. Because the model is continually being updated, and

• Ideally, reforecasts with the current version of the model

Example skill of calibrated versus

precipitation occurring over a threshold amount

is calculated based on the number of ensemble

members that produce precip above and below

One more day of

• Advantage: It is based on deterministic forecasts from

different initial times, that are valid at the same time.

• Not as good as conventional ensemble, but some

benefits have been shown.

• Forecasters frequently look at how consistent

• If the forecast for a certain time remains the

times) – forecast has confidence in the

• If the forecast changes for a new cycle, the

forecaster is alerted that there may be

• LBCs may cause excessively small ensemble

dispersion, even when they are perturbed.

• Near-surface processes are sometimes not

very predictable, limiting the usefulness of an

• Methods for generating IC error have been

designed for larger-scale models – it is unclear

how to do this on the mesoscale.

• These fields look like any map of a model

dependent variable, and can be displayed in

The spread or dispersion

of a forecast for 26

(solid line) and a

Probability of the dosage exceeding a

An “electricity-gram” – an example of a specialized

ECMWF ensemble prediction used as input to an energy-demand

model. The middle 50% of predictions falls within the box, and the

whiskers contain all the values

• Given an uncertain prediction of whether an

event will or will not occur, a decision maker has

the option to either protect against the

occurrence of the wx event, or not to protect.

or not) and two outcomes (event occurs, or not)

• Decision to protect will have cost C, whether

or not the event occurs.

• A decision to not protect will result in a loss L,

if the event occurs

• Assume that a calibrated ensemble forecast

predicts that the probability of an event occurring

• The optimal decision will be the one resulting in

• If the decision is to protect, expense = C with a

• If the decision is to not protect, the expense will

• Thus, protecting against the risk will result in the

smallest expense when C < pL. Or

• Such an approach to decision making is

straightforward when economic value is

used…it is more problematic when societal or

environmental “values” must be considered. 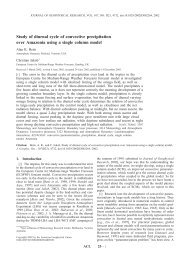 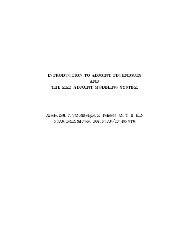 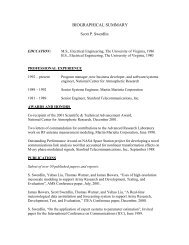 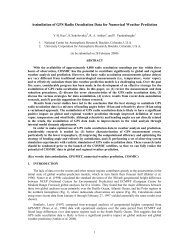 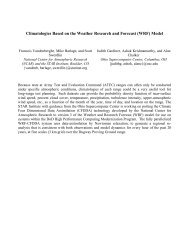 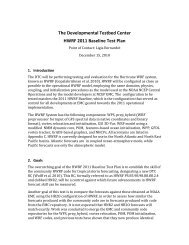 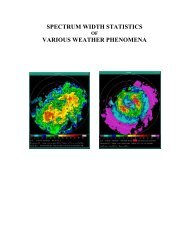 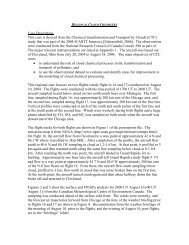 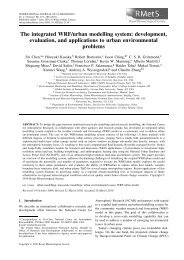 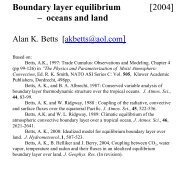 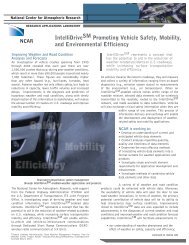 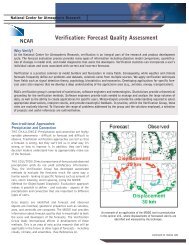 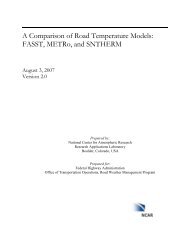 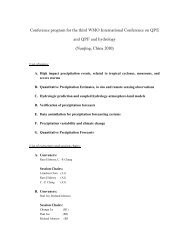 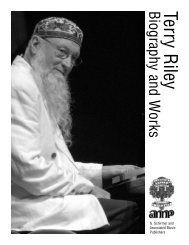 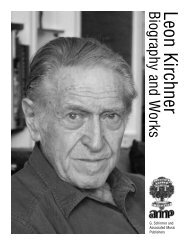