DAY 1 THURSDAY 19 SEPTEMBER 2019 By Cleverdis, the publisher of IFA International New partners, new opportunities As CE China moves to Guangzhou, fresh ideas and concepts will power the industry Jens Heithecker Chairman, CE China and Executive Director, IFA With strong support from the municipal authorities of Guangzhou, the move by CE China to this bustling megacity, and the change of venue is destined to create a new dynamic for the annual trade event. “We have moved to Guangzhou because it’s one of the most traditional trade show exhibition cities in China where all the major players from the electronics industry are gathering,” said Jens Heithecker, IFA Executive Director & CE China Chairman. And now is the time when retailers decide their final line-ups for the end of the year high selling season, including Singles Day, making the new date of the show – just after IFA in Berlin – ideal for buyers. WE HAVE MOVED TO GUANGZHOU BECAUSE IT’S (...) WHERE ALL THE MAJOR PLAYERS FROM THE ELECTRONICS INDUSTRY ARE GATHERING CE China is not destined to be a carbon copy of IFA, but is growing as an individual entity, creating synergies between global manufacturers of consumer electronics and appliances and leading retail buyers from China and the broader APAC region. The next three days will be a veritable meeting of the minds between east and west – destined to foster new ideas for savvy retailers. NEWS Peter Altmaier Federal Minister for Economic Affairs and Energy, Germany TRADE TALK Daisuke Kizaki New Business Team Leader, Tsutaya Electronics The federal government draft budget for my Ministry shows that we are clearly focusing on forward-looking fields… » Read page 2 China is the factory for the world, and it is producing very high quality products. Some manufacturers have changed production from Japan to China. » Read page 7 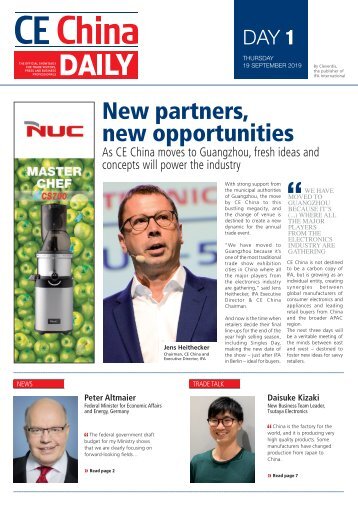 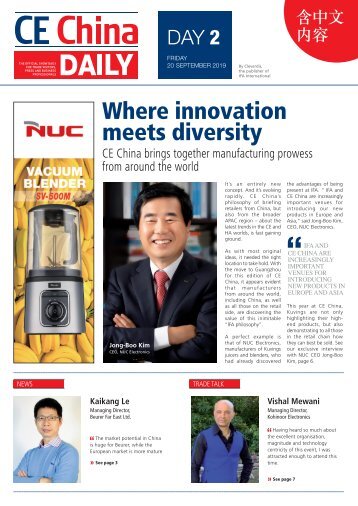 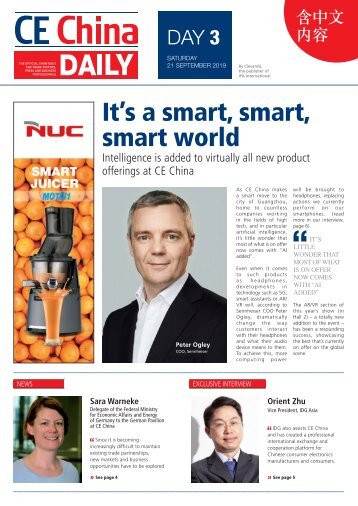 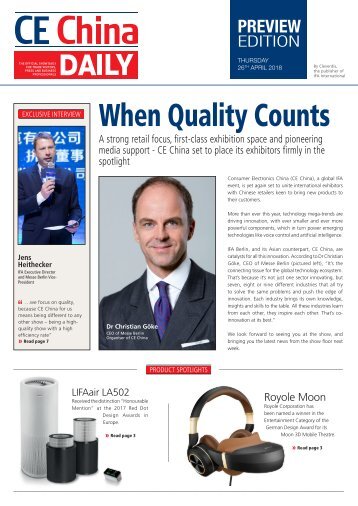 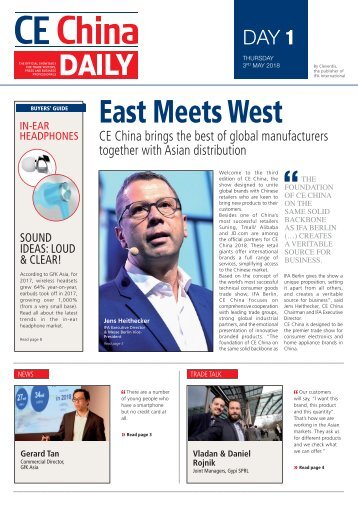 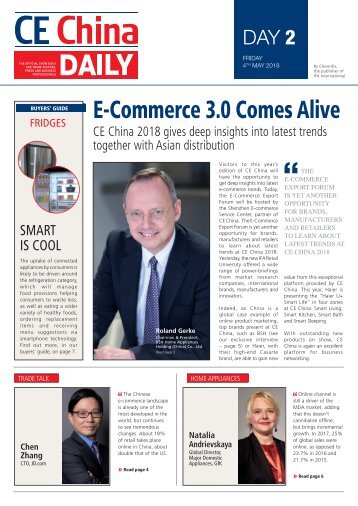 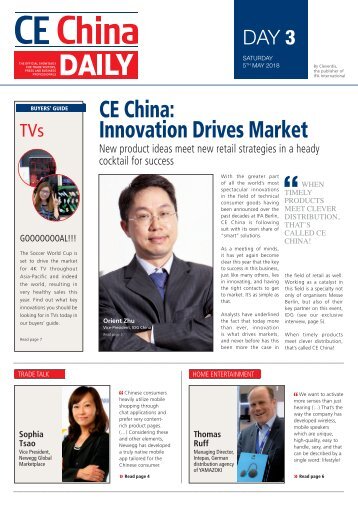 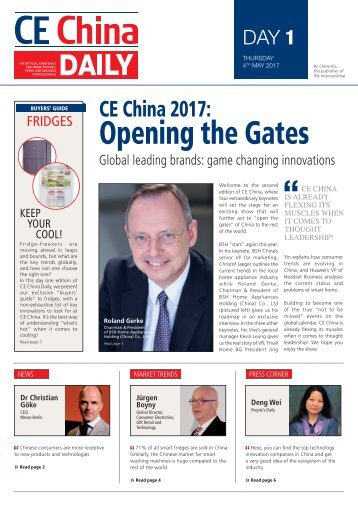 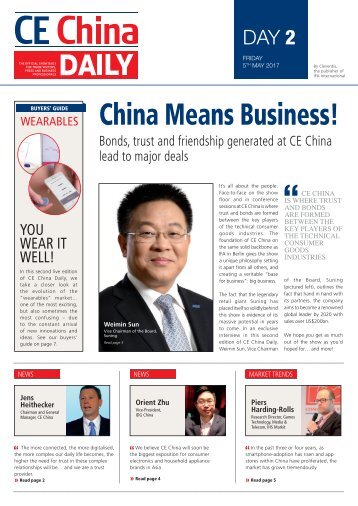 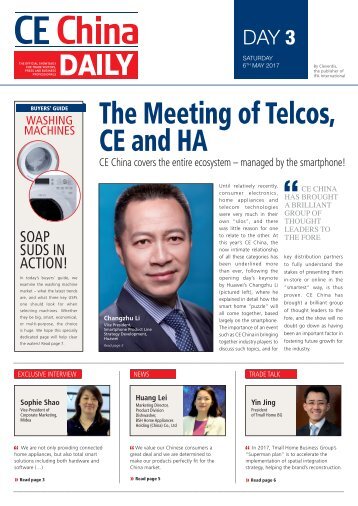 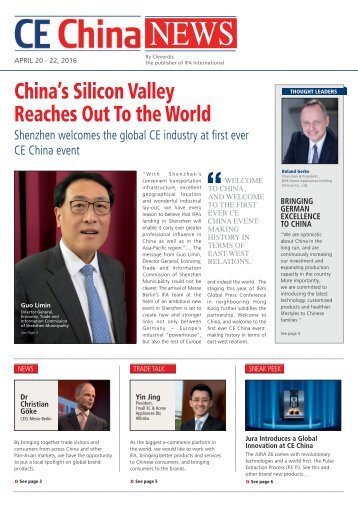