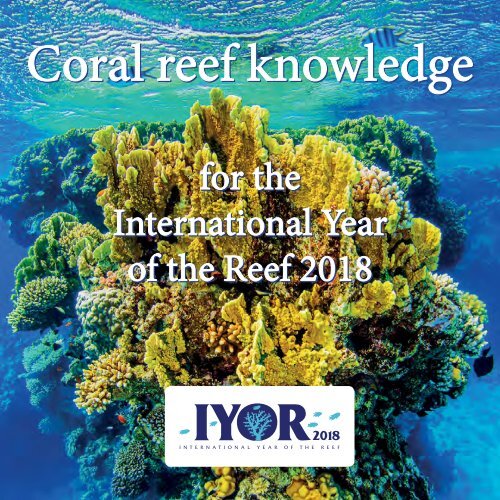 with photos & drawings of

are the most beautiful and most

spectacular habitats of our planet.

With an overwhelming variety of

at over a million species.

are about 2 billion years old

and were built from bacteria

They composed of dense mats

in which sediment particles

Coral reefs, as we know them, are built from

a variety of living organisms. In particular, broken

These solidify to form the underground structure

of a reef. This is very recognizable on fossil reefs.

Corals are animals which consist of two layers of cells

that cover the self-produced calcareous skeleton.

The nematocysts are present in the outer cell layer.

The zooxanthellae are small protozoa, they live in

A coral reef grows only a few millimeters

per year. But single stony coral species can

The fastest growing hard corals are on the top

For the hard corals

itself light is not

consume CO2 at the

the corals to build

The zooxanthellae also benefit from

this symbiosis. They receive some

metabolic products from the stony

corals which act as ’fertilizer’ and

they are protected in the coral tissue.

If a predator approaches the

stone coral, it defends itself

and their zooxanthellae with

ejected in a fraction of a

second. This is one of the

in the animal kingdom.

There are different nematocysts.

others stick or wrap up

These nematocysts are also

used to feed the corals.

Especially at night, the small

into the water to catch food.

On interaction with the other reef builders,

second largest barrier reef is after all, more

than 200 km long and in front of Belize.

The barrier reefs are mostly in the open sea

and grown with the rising sea level.

Fringing reefs arise along a coastline and grow

slowly out into the sea. They can form a lagoon

with coral sand by dismantling the coral skeletons

between the beach and the reef slope.

Fringing reefs are the most common reef types,

the Indian Ocean and the Caribbean.

An atoll is the coral ring of an earlier

fringing reef around a sunken island.

The sinking of the island happens

over millennia, so it slowly

forms a lagoon in the middle.

The most famous atolls are

the Maldives or in

If hard corals are stressed, then they throw the zooxanthellae

out of their tissues. This can be a reaction to warm water,

strong UV radiation, pollutants in the water or diseases.

As the living tissue of the stony coral largely is colorless,

you can see the white calcareous skeleton which is known

But these corals are not

dead yet. They continue

to live using their small

polyps to feed on prey.

However that‘s not enough

and so over time they

As soon as the environmental

catch and take up new

There are many different zooxanthella species.

Each group has its own preferences. Some can tolerate

a lot of light, others like it a bit darker, others are

depending on circumstances, push away, take up

Although zooxanthellae can swim through the water

themselves, they are usually transported by butterfly fish

to their new homes. Butterfly fish eat coral polyps. However,

not all zooxanthellae are digested. When the fish are

swimming over other corals the feces fall down with

the zooxanthellae and can be taken up.

When environmental conditions do not improve, algae

cover corals like a dense carpet, leading to their deaths.

Algae-eating fish, such as

their way over the overgrown

coral. When they are gnawing

the algaes, the coral skeletons

into corals. At some point the perforated coral

Together with mussel shells they will gradually

be grated to fine white sand.

In the last few decades, the thorn crown

starfish have been a great danger again

and again for hard corals. In mass

migrate over the coral, eating

the living coral tissue and

leaving only the coral

The new colonization of habitats with stony coral larvae

can be quite fast, given that intact coral reefs are in the area.

There are different ways

to get new corals on

larvae can be collected

The larvae are settled on small

ceramic tiles. They grow in the

aquarium and can be later

distributed in the reef.

These are small pieces broken off and glued on a new

For the reconstruction of

Today our reefs are unfortunately

not only beautiful, but also severely

activities. The danger has increased

due to global climate change.

Climate change leads to a warming

of the water, to sea level rise and to

an acidification of the oceans.

For the hard corals, this results in

difficulties to grow fast enough and

overuse of the seas are also

responsible for the fact

that coral reefs are today

In order to be able to experience the fascinating

underwater world in the future, everyone has to

take a little responsibility for it.

the International Year of the Reef 2018.

Your will find more

All rights reserved. No part of this publication

may be reproduced, stored in a retrieval system,

or transmitted in any form or by any means,

or otherwise, without the written permission

a brand of bonitasprint gmbh, 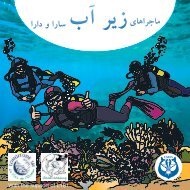 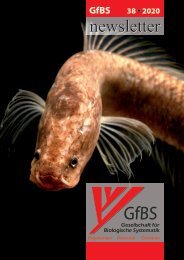 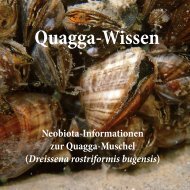 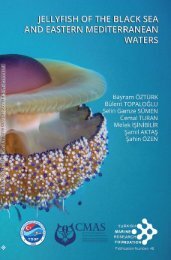 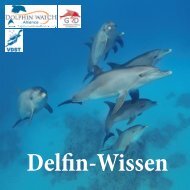 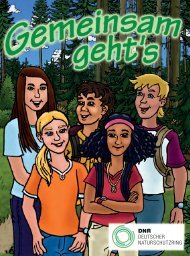 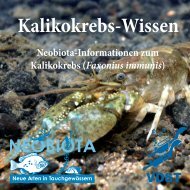 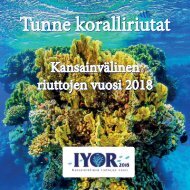 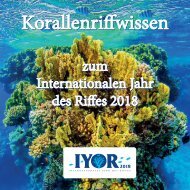 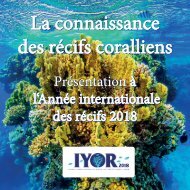 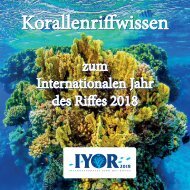 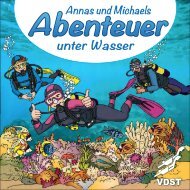