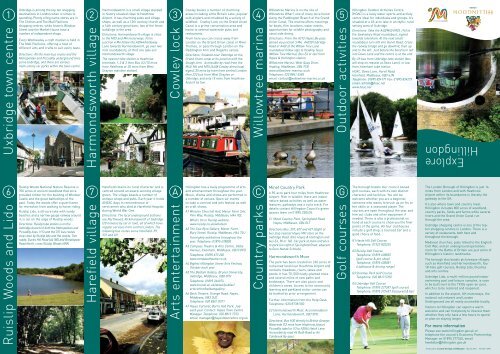 Uxbridge is among the top ten shopping

destinations in London when it comes to

spending. Plenty of big name stores are in

The Chimes and The Mall Pavilions

Street and the Market House have a

Every Wednesday a craft market is held in

The Mall Pavilions, offering a host of

different arts and crafts to suit every taste.

Directions: All the main bus routes and the

serve Uxbridge, and there are various

Harmondsworth is a small village steeped

in history situated close to Heathrow

Airport. It has charming pubs and village

shops, as well as a 12th century church and

a 14th century great barn, two of the finest

buildings in the area.

Lane towards Harmondsworth, go over two

The nearest tube station is Heathrow

from Heathrow or 20 mins from West

Cowley boasts a number of charming

with anglers and inhabited by a variety of

Canal is a prime conservation area and

home to several waterside pubs and

From here you can cruise away from

London on the Grand Union canal or River

Thames, or pass through London on the

Directions: Situated near Uxbridge on the

Grand Union canal at its junction with the

Slough Arm. Accessible by road from the

then 222 bus from West Drayton or

Uxbridge, and only 15 mins from Heathrow

Willowtree Marina is on the site of

Willowtree Wharf, one of many once found

along the Paddington Branch of the Grand

opportunities for wildlife photography and

Directions: From the A312 Hayes By-pass

Road or A40) at the Willow Tree Lane

(HOAC) is a lively water sports and activity

situated at a 45-acre lake in an idyllic rural

towards Ickenham. At the next small

the railway bridge and go downhill, then up

and to the left. Just before the bend turn left

into Dews Lane and the centre is at the end.

By U9 bus from Uxbridge tube station (bus

will stop on request at Dews Lane), or taxi

Harefield retains its rural character and is

Hillingdon has a lively programme of arts

700 acres of ancient woodland that once

centred around an award-winning village

provided timber for the building of Windsor 7 and entertainment throughout the year.

green. The village boasts a number of A Music, drama and shows are performed in C

Castle and the great battleships of the

past. Today the woods offer a quiet haven

for recreation from walking to horse riding.

beaches and a narrow gauge railway around

it, is set on the edge of Ruislip woods.

Directions: Ruislip tube station is on the

Uxbridge branch of both the Metropolitan and

stop close by Ruislip lido and the woods. Two

antique shops and pubs. Each year it holds

ANZAC days in remembrance of

servicemen who died at Harefield Hospital

during World War One.

are Northwood, Rickmansworth or Uxbridge

regular services from central London. The

a number of venues. Open-air events

include a carnival and arts festival as well

Fortnightly exhibitions throughout the

A5 The Beldam Gallery, Brunel University,

Airport. Rich in wildlife, there are indoor

nature-based activities as well as water

features, pathways and a cycle track. For

to park (on right of Springfield Road, adjacent

The park has been created on 260 acres of

reclaimed land near Heathrow Airport and

and several miles of new paths and

bridleways. There are also picnic and

learning and parkland visitor centre can

be booked by prior arrangement.

Further information from the Help Desk

Accessible by road A4 Bath Road or A4

golf courses, each with its own distinct

character and facilities. You will be

welcome whether you are a beginner,

someone who wants to brush up on his or

her skills or a seasoned player. The

courses are open throughout the year and

hire out clubs and other equipment if

needed. There is also a professional on

hand at each course to show you the finer

points of the game. All four clubhouses

include a golf shop, a licensed bar and a

The London Borough of Hillingdon is just 14

miles from London and with Heathrow

Airport within its boundaries is literally the

gateway to the UK.

Uxbridge shopping centre is one of the topten

shopping centres in London. There is a

variety of restaurants, both here and

Civil War, and an underground operations

room for the Battle of Britain are just some of

such as Harefield and Harmondsworth, four

which is to be restored and reopened.

In addition to the airport, UK motorways, the

Underground are all easily accessible locally.

Visitors to Hillingdon can expect a warm

welcome and can find plenty to interest them

whether they only have a few hours to spend

or plan on staying longer.

CIP in partnership with

This is a 20 mile path through Hillingdon's countryside

from Cranford in the south east to Harefield in the

north west. It has the Seal of Approval from the

For further information or for a leaflet please contact

The Green Flag Award is the national standard for

good and excellent parks and other green spaces, and

is presented annually. Further details of the green flag

accredited sites in Hillingdon can be found on the 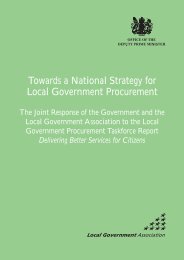 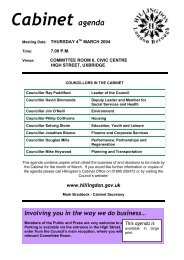 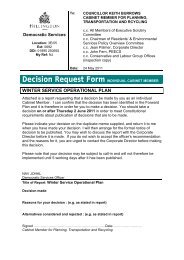 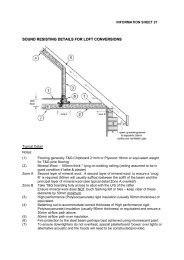 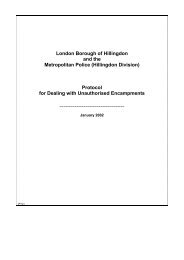 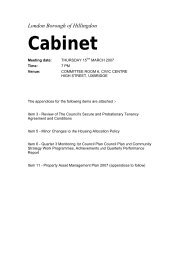 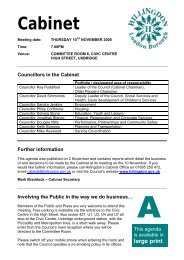 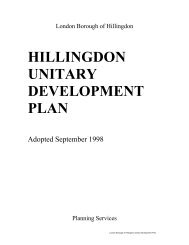 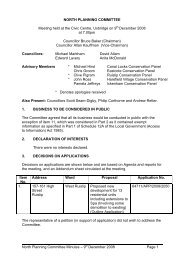 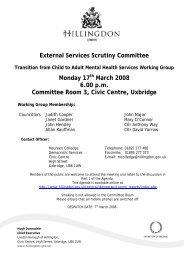 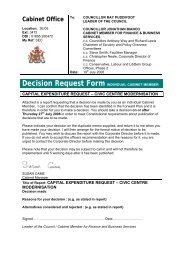 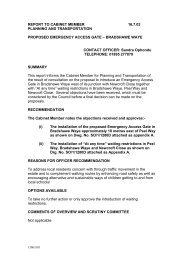 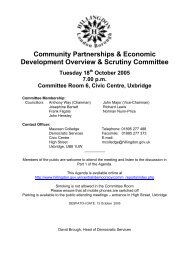 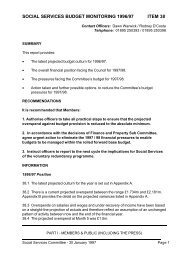 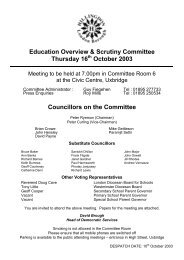 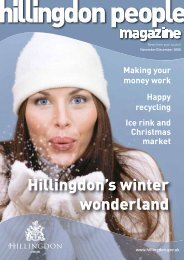 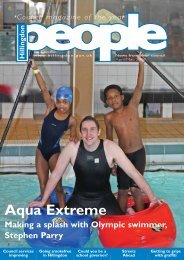 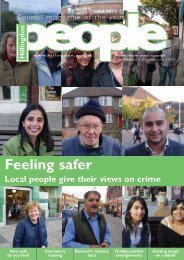 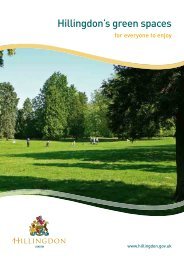 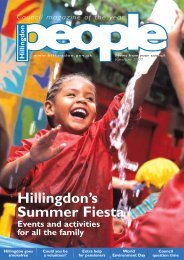 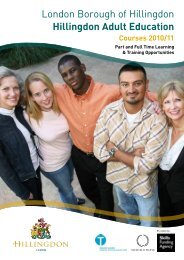 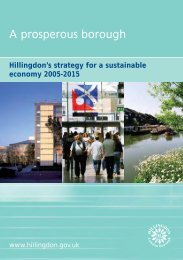 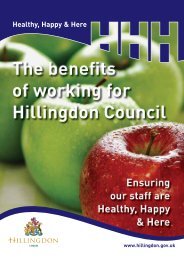 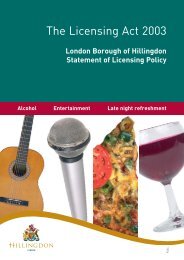