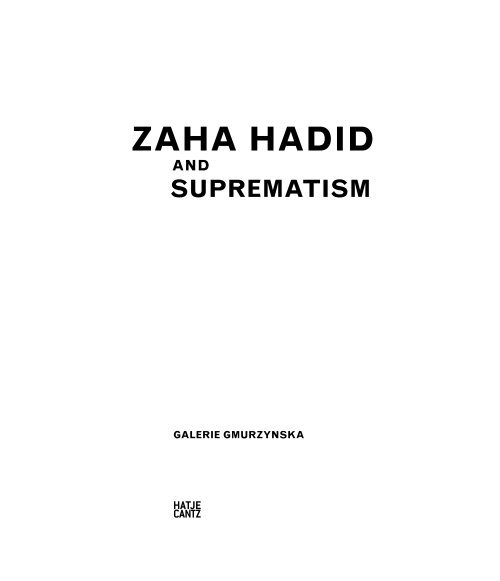 by Kazimir Malevich. An image of a single plane of color, it is exceptional in

its size, color intensity, and emotional impact. Historically, it documents

and clarifies an important moment in the development of Suprematism,

the time when the artist inaugurated a reinterpretation of his abstract

Supremus, written by the artist in the Roman alphabet. After 1916

Malevich often gave his Suprematist paintings this title. He chose a

non-Russian, Latin word in order to universalize the nature of his abstract

Element at the moment of dissolution of sensation (objectlessness). An old

reproduction of the painting is annotated, “The first basic plane of color

energy at the moment of dissolution.”

This simple painting seems to be full of motion. A dark red plane appears

to descend toward the viewer from above, moving swiftly down and toward

the left. We see the plane as it advances, its lower corner has not yet

reached the bottom of the canvas. The strong red color adds to its weight

and momentum. The formal subject of the painting, a flying plane, is

well defined, a common schematic device that is read as motion by

modern Western viewers. The planar form seems barely to fit on the

an object of massive size.

The red plane is very carefully positioned on the canvas. Its two

leading corners are the only corners completely present. The entire trailing

edge is not quite visible to the viewer; its upper and lower corners

somehow are felt to be present, but nevertheless not fully in view.

Malevich worked diligently to orient the large form precisely on the

canvas. Pencil sketches show that he experimented with revealing the

increasing the angle of approach to forty-five degrees, and attempted

to incorporate two parallel planes or two intersecting planes into the

composition. He tried devising arrangements of three or four planes at

great significance that the artist placed on the color of the planes.

“dissolving” edge in a programmatic way within an abstract style, he was

not the only one. The same device appears in the work of his close friend,

Ivan Kliun. In his Study for Suprematist Composition, black and green

flying elements streak across an orange trapezoid. Quite a different effect

may be seen in Composition. Here raspberry and lime-green planes hover

motionless in space, a result of the soft top edge of the red plane and its

narrowing at the bottom to a point.

In spite of the similarities, however, both of these works seem

decorative and devoid of emotional power in comparison with Malevich’s

Nakov title Dissolution of a Plane). There is only one known painting of a

single color plane that is closely comparable to it, and it is Malevich’s own

painting of a yellow plane with a dissolving edge. Suprematist Painting 1

was brought to Berlin by the artist in 1927, where it was exhibited at the

Grosse Berliner Kunstausstellung. It is now in the Stedelijk Museum in

Amsterdam. Somewhat smaller than Supremus—which is about eleven

inches higher and three inches wider than Suprematist Painting—it is

Malevich did not paint or position the yellow plane of Suprematist

Painting in the same way. Its fading edge is distinctly lighter in color than

its approaching sharp edge, and all four corners are visible on the canvas.

The fading trailing edge does not appear quite as straight. We see the

yellow plane in sharper perspective; although the angle of the leading edge

to the bottom of the canvas is similar, the top and bottom edges are not

There is reason to suppose that Suprematist Painting and Supremus—

The Dissolution of Sensation were conceived at the same time. They bear

strikingly similar inscriptions of the artist’s name on the reverse. One of

Malevich’s many pencil sketches for these paintings shows a composition

of two planes with their leading edges parallel to one other. The lower

the composition, while the plane on the right appears to be “flatter,” that

is, oriented almost parallel to the plane of the canvas.

paintings. Superimposition of the two paintings produces a configuration

similar to the drawing. One can imagine the artist being guided by the

individual planes in this preliminary sketch for the two paintings.

initial elaborations on Suprematism that were seen in 0.10 and other

1916 exhibitions, and before his series of White on White canvases, first

shown in 1919. We do not have definite evidence that Supremus—The

Dissolution of Sensation was exhibited, but probably it was, since Malevich

showed Suprematist works in two major exhibitions in Moscow during this

period: the Jack of Diamonds exhibition of November–December 1917 and

the Tenth State Exhibition: Objectless Art and Suprematism, which opened

thinking of them as modular objects seen in another dimension, and

began to understand them as emblems of physical sensations.

In so doing, Malevich was creating a new context and defense for his

art. He hoped that the shift would make sense of Suprematism on a more

sophisticated, and a more widely valued scientific and philosophical

basis. In a series of publications, he positioned Suprematism as the artistic

correlative of the “New Science,” the initial revisions of classical physics

twentieth century and modernity itself. The latest science, as Malevich

understood it, was the non-Newtonian, sensation-based physics and

further developed by the energetics of Wilhelm Ostwald and Alexander

of the fundamental concepts for thinking about Suprematism. He

maintained that sensations are the only things that we truly know, and that

based on them we construct the rest of the world in our minds. The

world of objects, as such, did not exist for Mach. 2

Malevich came to look upon Suprematism as a style that mirrored

Mach’s world without objects, a world that was known or imagined only

from our sensations. Malevich considered Suprematism an “art of pure

sensation,” an art which denies the existence of matter and objects, and

Malevich made changes in the early Suprematist style of painting to

correspond to his evolving ideas. In this period, the forms in the paintings

started to dematerialize, dissolving into the surrounding space. In both

Supremus and Suprematist Painting, the single planes of color are

Malevich’s vision of energetic sensations. They seem to approach the

viewer edge on, as if coming in from a cosmic distance, a notion that

connects the viewer with the physical cosmos, while complementing the

artist’s earlier themes of floating and flight. In several other works, white

forms painted on a white background seem to completely dematerialize. In

both cases, individual edges are indistinct and simply fade into the canvas.

the State Art Fund, which at that time had begun to collect works of art

Moscow, Petrograd, and several provincial cities. After selecting the

them and marked their size on the reverse of the canvases, and noted

the work in a registration book.

On the reverse of the Supremus canvas is written in black paint,

in vershki, an older Russian unit of measurement (one vershok equals

number of the painting was 187. The notation for this number in the

It is listed as a work intended for distribution to provincial museums. The

taken at a meeting of the commission that took place on August 12, 1919.

No particular museum is specified. 3 Suprematist Painting, by contrast,

was apparently retained by the artist and brought to Berlin in 1927, and so

does not have the Purchasing Commission’s notations on the reverse.

This circumstance establishes an outside limit for the date of the

painting, that is, the painting cannot have been done after the summer

of 1919. And it would probably not have appeared in any exhibition held

in Moscow or Petrograd after that date. It should be noted that many

during the Stalin era.

1 There is no title indicated on the reverse of this painting, nor are there inscriptions

on sketches related to it. It is therefore called merely Suprematist Painting by the

2 Mach’s best known book in Russia, and the work most directly related to Malevich’s

interpretatsii (Saint Petersburg, 2001). The author of this article, however,

unconvincingly identifies this registration entry with a different painting. The lack of

and the entry in the registration book is typical of these entries.