BARTON; “MAYBE WYCOMBE DID PREPARE BETTER THAN US”

that, contrary to his claim prior to the League One Playoff

Semi-Finals, there is perhaps a chance that Wycombe may have

been slightly more prepared for the occasion than his side.

“I said before the first leg that the best Wycombe could

have done was match us and to be fair, that’s pretty much

all they did,” insisted Barton, speaking to us outside a

courtroom, “We should have had a penalty, plus if you take

conceded, then we win that game 1-0 and it’s a completely

different tie. So, yeah, ok, Maybe Wycombe did do some

preparation after all, but we were still clearly the better

team and besides, I read a book by Neitzsche once – well,

some of it anyway – so just remember that, the next time

you’re trying to paint me as some kind of moronic thug.”

Barton then punched a door for ‘looking at me funny’.

for electing to end the season early, due to a devastating

definite promotion to the Division Three South, which would

have absolutely happened, regardless of what any of the

other teams did,” raged the furious Peterborough chairman,

“Wisbech Town and Spalding United weren’t going to go up.

fight against fascism, then they should just forfeit their

football to get on with it.”

scoffs 19 year-old Wycombe fan who still lives with his mum.

David Icke tells Josh Parker to ‘tone it down a bit’. 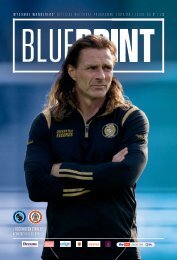 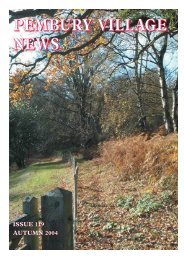 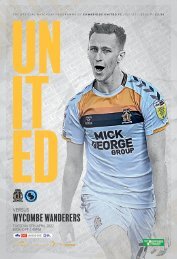 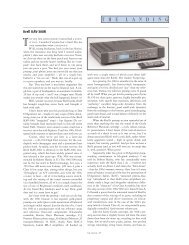 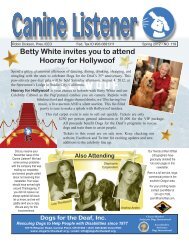 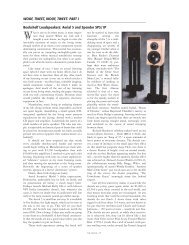 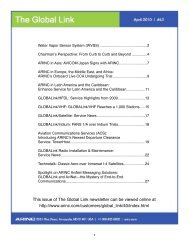 FAKE NEWSPETERBOROUGH HIT BY MYSTERY EARTHQUAKESeismologists are baffled by a small earthquake that hit thecity of Peterborough on the evening of 13 th July 2020. Nodamage was reported, although one angry business ownerclaimed that the side dish of his evening meal was ruined,when his side unfairly tumbled down the table.Analysis of the tremors traced the source of the quake tothe sports desk of the Peterborough Telegraph offices. Onescientist commented; “I’ve heard the theory of a hurricanebeing caused by a butterfly flapping its wings, but never anearthquake being caused by a Swann having a tantrum.”GOLIATH SUPPORTERS CRITICISE DAVID’S TACTICSFans of Philistine warrior Goliath have angrily criticisedthe tactics of plucky underdog David, who stunned thebiblical world with a shock win over the much-fancied giant.“You always know what you’re going to get with David”,complained one disappointed Philistine, “He’s good at whathe does and it’s effective, but let’s face it, all he doesis launch it up at the big man. He’s had one shot on targetall day and unfortunately for Goliath, it’s killed him.”The Philistines also complained about the god who oversawthe encounter, arguing that he was biased and clearlyfavoured and exalted David among all others.Goliath himself was also unimpressed by David following theshock defeat, saying; “I’m glad I don’t have to watch thatevery week, and indeed I don’t, because I’m dead now.”COUHIG ELECTED ON PROMISE TO ‘BUILD A WALL’Rob Couhig has romped to a resounding victory in his bid tobecome President of Wycombe Wanderers, partly due to hisbold pledge to build a Wanderers Wall on the border betweenMonty’s and the players’ entrance.Mr Couhig promised supporters at a rally; “I will build agreat wall…and nobody builds walls better than me, believeme…and I’ll build it very inexpensively and I will makeMexico pay for that wall, although you guys could also helpout by purchasing a personalised brick.”Couhig denied that the wall was being built to keep Mexicansfrom entering Adams Park. “Just Carlos Lopez” he confirmed.60

BARTON; “MAYBE WYCOMBE DID PREPARE BETTER THAN US”Fleetwood Town manager Joey Barton has grudgingly admittedthat, contrary to his claim prior to the League One PlayoffSemi-Finals, there is perhaps a chance that Wycombe may havebeen slightly more prepared for the occasion than his side.“I said before the first leg that the best Wycombe couldhave done was match us and to be fair, that’s pretty muchall they did,” insisted Barton, speaking to us outside acourtroom, “We should have had a penalty, plus if you takeout my two guys being harshly sent off and the four goals weconceded, then we win that game 1-0 and it’s a completelydifferent tie. So, yeah, ok, Maybe Wycombe did do somepreparation after all, but we were still clearly the betterteam and besides, I read a book by Neitzsche once – well,some of it anyway – so just remember that, the next timeyou’re trying to paint me as some kind of moronic thug.”Barton then punched a door for ‘looking at me funny’.PETERBOROUGH LEFT FURIOUS AS MIDLAND LEAGUECLUBS CHOOSE TO END 1939/1940 SEASONPeterborough United have slammed the Midland Football Leaguefor electing to end the season early, due to a devastatingworldwide outbreak of war.“We’ve been cheated out of what we assume was going to be adefinite promotion to the Division Three South, which wouldhave absolutely happened, regardless of what any of theother teams did,” raged the furious Peterborough chairman,“Wisbech Town and Spalding United weren’t going to go up.Their race was run and they were on a downward spiral beforethis appalling injustice occurred.”“If clubs don’t want to play because they’d rather go off tofight against fascism, then they should just forfeit theirremaining games and leave those of us who do want to playfootball to get on with it.”OTHER NEWSOxford vaccine loses Playoff Final to Pfizer‘Stop moaning about the season ticket price increases’scoffs 19 year-old Wycombe fan who still lives with his mum.David Icke tells Josh Parker to ‘tone it down a bit’.Oxford defenders praised by Chris Whitty for maintainingsocial distancing throughout League One Playoff Final.Rick Parry’s calculator voted Wycombe Player of the Season.61